The hi-res Lunar Reconnaissance Orbiter's camera captured a pretty cool image of a (what I'm guessing is an ancient) landslide on the Moon. Check this out: 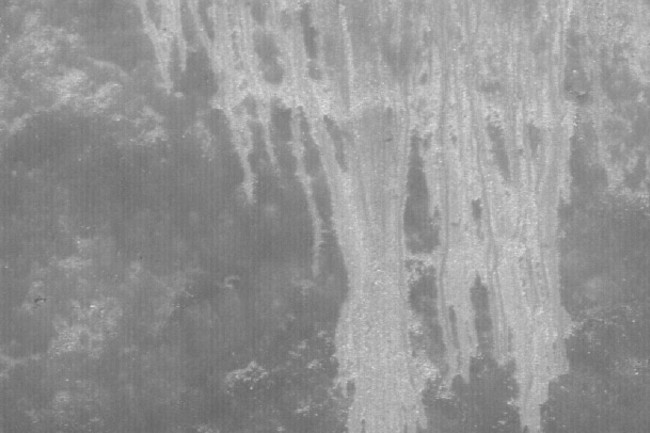 [Click to embrobdingnangate.] The slide is down the steep slope of a crater called Marius, located in Oceanus Procellarum, a vast smooth-surfaced area on the Moon (generally called "maria" -- singular is "mare" -- and easily visible to the naked eye). The crater itself is pretty old; the floor is covered with the same smooth surface as the mare around it, so it predates Oceanus Procellarum which we know is pretty frakkin' old. The slide is very interesting; what could have caused it? A moonquake, or a nearby impact? Either way, the ground shook, knocking loose rubble at the crater rim which then rolled downhill. And just to give you an idea of the scale here, the image is 510 meters across: you could walk that distance in a few minutes. The fingers of debris are only a few dozen meters across at most! The smallest objects you can see in this image are less than a meter across. Features like this on the Moon yield a lot of information. Better, as the LROC page notes, this feature can be compared to similar ones on Mars, giving scientists insight into both worlds. And? It's just really cool. Landslides on the Moon! Look out below!

The SciencesWhy Are Uranus and Neptune So Different From Each Other?