Look at This: Robonaut 2 Put to Work Aboard the ISS 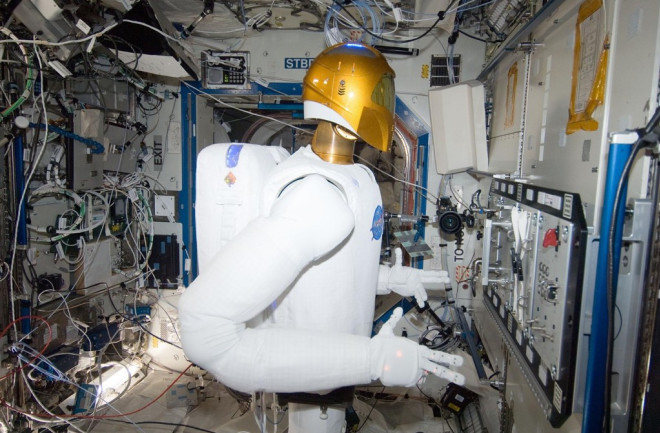 Robonaut 2 running the show aboard the International Space Station on January 2. It looks like an astronaut. It acts like an astronaut. And here, on January 2, it operates the valves on a task board like an astronaut. Robonaut 2 is the second iteration of NASA's attempts to put a human-like robot in space, and he is fast approaching his second anniversary aboard the International Space Station. In this case he is taking directions from a crew on Earth to operate a slew of valves in the Destiny Laboratory, but he can also be controlled by his fellow astronauts in space or complete certain tasks all on his own. The remotely operated robot-cum-astronaut has strength and dexterity to rival a human, which makes Robonaut 2 the ideal candidate for taking over some of the boring or dangerous tasks associated with running the International Space Station. The fact that he doesn't breathe or get bored also gives him a slight advantage over his human counterparts. Image courtesy of NASA