Look at This: Atom Casts a Tiny Shadow 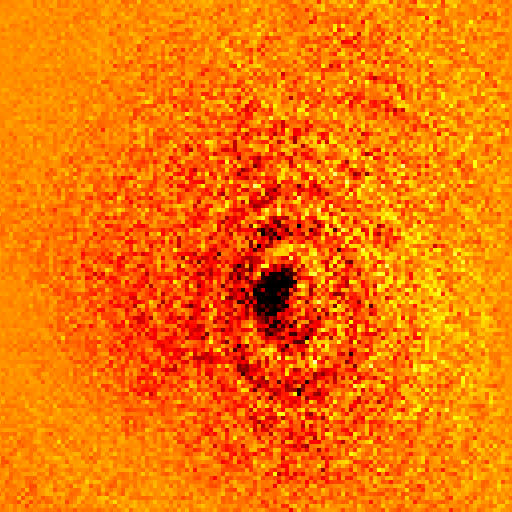 In the right light, everything casts a shadow---even an atom. A large object creates a shadow by physically blocking the light flying past it, and even a miniscule atom or ion can prevent photons with specific wavelengths from reaching their destinations. Australian researchers from Griffith University captured a relatively large ytterbium atom in an ion trap

, and then hit it with light of a wavelength the ytterbium could absorb. When the light reached the detector

, the missing photons that the atom had gobbled up left this negative space: the shadow of a single atom

, less than a millionth of a meter in length. [via Gizmodo