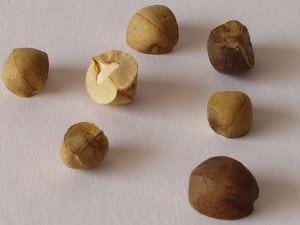 ruled the world, it would be crawling with robots based on mosquitoes, snakes, and Mexican jumping beans. Hu’s lab studies animal locomotion, but the research goes beyond the traditional slow-motion footage of creatures running. Instead, Hu examines topics like how water striders and rafts of ants

under their own weight, how snakes’ scales affect their slither

, the optimal way for furry animals to shake off water

, and how mosquitoes survive collisions

with comparatively huge raindrops. His group has even analyzed the motion of Mexican jumping beans

, which is due not to some inherent magic in the “beans,” but rather to temperature-sensing moth larvae in hollow seeds. (When the ground heats up, the larvae sense the change in temperature and make their seedy houses twitch into rolling movements towards cooler, shadier ground.) These topics are weird and interesting enough to have garnered Hu’s work plenty of media coverage. But when it comes to earning funding, “weird and interesting” doesn’t always cut it. What’s the practical purpose of this research? Instead of shrugging and saying, “Now we know how mosquitoes struggle out from water droplets 50 times their size! That’s pretty cool!” Hu has come up with a standard one-size-fits-all application. At the end of his papers, he adds that whatever wacky phenomenon he studied could inspire...robots! Why study mosquitoes buzzing around in the rain? So we can design micro-airborne vehicles

that fly in rain. What about snake scales? Well, they can be the basis of machines like the wall-climbing Scaly-Bot

. Those sound useful, but the robot applications may have jumped the shark when it comes to the Mexican jumping beans:

“The simplicity of the jumping-bean [temperature] search algorithm may be useful for designing navigation systems for small-scale robots…[Stimuli other than temperature, like chemicals or light] could be sensed using this logic, and because of the simplicity of the hardware used, such behaviors may be applied for surveillance activities on the small scale,” Hu and his colleagues write in their paper.

The problem is, we already know about simple search algorithms for temperature, chemicals, and light: the humble single-celled paramecium, for example, can detect

all three in order to move towards its ideal environment. If we wanted to make robots that could sense changes in their surroundings and choose a direction based on this information, we already have the knowledge to do so. The fact that researchers can measure and define their rolling motion is pretty neat (and there should be more funds for this kind of thing), but I wouldn't buy the notion that they might inspire surveillance robots---not even if you threw in a handful of magic beans.