Legacy of Lunar Data: How Apollo Revealed our Moon

The mission data gathered remain the most valuable information we have about the history of the moon — and the solar system. 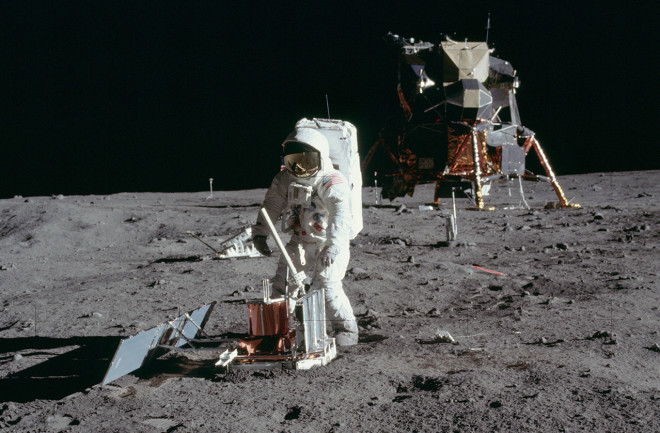 Before Apollo, humans could only learn so much about the moon. All they had were images of its near side, and almost no information at all about its far side. After physically going there, here are a few of the questions we’ve now answered.

What Caused the Lunar Features?

Scientists once debated whether the features we can see on the moon’s face were impact craters from meteors, or signs of ancient volcanism. Then Apollo showed in stunning detail the difference between the moon’s familiar near side and its highly cratered far side — along with close-up views of the craters in question — quashing the idea of conical volcanoes on the moon. But the dark lunar splotches did turn out to be lava-based basalts, proof the moon once had a more active molten interior.

Over 2,500 academic papers use data gathered by the Apollo missions, and the number is still growing. (Credit: Dan Bishop/Discover)

Where Did the Moon Come From?

Our current understanding is that an ancient Mars-sized world slammed into early Earth billions of years ago, and that the detritus from this encounter eventually coalesced into the moon. It was Apollo’s recovered moon rocks that pointed scientists toward this dramatic and unlikely story. Analyses revealed how eerily similar Earth’s and the moon’s chemical distributions are, a sign they share a common source. Studies also show that moon rocks are stripped of nearly all volatiles (materials that boil away easily), providing evidence of some long-ago disaster that eliminated them.

What Were Conditions Like in the Early Solar System?

All the rocky bodies we’ve studied bear scars from meteor impacts, some new and many very old. But Earth recycles its surface regularly, while the lunar surface keeps a pristine historical record. And the moon is one of the only places we’ve been able to gather such ancient materials to measure their absolute ages, indicating, for instance, that one of its many craters formed about 3.9 billion years ago. The lunar rocks ultimately tell us of a violent chapter in solar system history, when a period known as the Late Heavy Bombardment rained down space rocks, heavily scarring the inner planets.

What’s Inside the Moon?

While astronauts didn’t do any deep mining, they did place seismometers at multiple sites to analyze moonquakes. These can come from the moon itself, from meteor impacts that still occur and from astronaut-made explosions set off to watch how the reverberations travel through the lunar material. The readings revealed a crust around 40 miles thick, and a small core some 400 miles across.

[This story originally appeared in print as "The Science of Apollo."]