Learn to Farm on Mars with this Fake Martian Soil 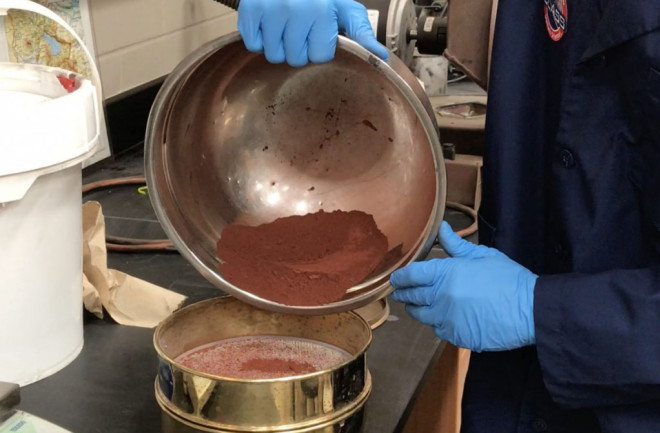 If you watched or read “The Martian,” and wanted to try your hand at living on Mars or becoming a Martian farmer like Mark Watney, then today is your lucky day. Astrophysicists at the University of Central Florida have developed a scientific, standardized method to create soil like future space colonies might encounter on Mars. They’re selling it for about $10 per pound (or $20 per kilogram) plus shipping. This soil, also called simulant, is designed and created to mimic the red soil on Mars. From how fine the grains are to what minerals are present, this simulant is about as close as you can get to real Martian soil. These researchers have also created an asteroid simulant and are working on developing a wider variety of simulants, like ones to mimic soils from different parts of Mars.

The only parts of the simulants that don’t match the real thing are the toxic, carcinogenic, or otherwise dangerous components that exist in actual asteroids or in real Martian soil. “We leave out the dangerous stuff,” said Dan Britt, a physics professor and member of the UCF Planetary Sciences Group working on creating these simulants.

But, despite the lack of dangerous additions, the simulant is extremely close to the real thing, which makes it a useful tool for scientists and engineers. If you go to an alien planet with an alien environment and alien minerals, it would be a good idea to simulate those things on Earth before launching, Britt explained. “You wouldn’t want to discover that your method didn’t work when we are actually there,” Britt said.

Future space travelers could depend on Martian dirt for everything from building structures on the planet’s surface to growing plants in Mars’ dusty, red soil. “Surprises are bad,” Britt said. They want future astronauts to land prepared.

Their asteroid simulant also serves an important purpose. Companies and space agencies are interested in extracting water and metals from asteroids. The simulant lets scientists “practice” doing that.

Technically, anyone could buy this simulant and try to become a Martian farmer. But Britt cautions “Mars is not exactly fertile territory.” So these carefully designed simulants are intended primarily for scientists and engineers researching future Mars missions. Using simulants in this research will “reduce risk, make things safer [and] have fewer surprises in the long run,” Britt said.

Their standardized method to create simulant Martian soil is described in the journal Icarus.