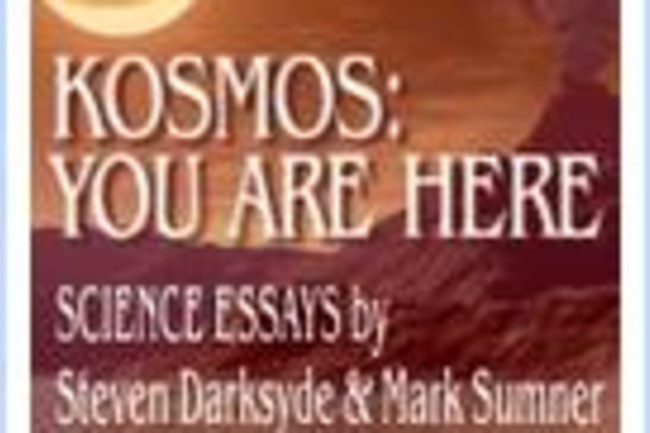 Before there were blogs, there were things called "books" that people would carry around with them in order to occasionally read the words printed inside. In a clever bit of cross-platform fertilization, DarkSyde and DevilsTower (Mark Sumner) from Daily Kos have put together a collection of science posts into a new book, Kosmos: You Are Here. They've included original illustrations by artists Carl Buell and others, as well as interesting exerpts from the comment threads of the original posts. DarkSyde is a great science writer, so I imagine the book is worth reading for the actual content as well as representing an exciting new-media experiment. And before there were comment threads, there were events called "conferences" where actual human beings would gather in a common location to exchange ideas and patronize the local drinking establishments. This summer will witness the first ever YearlyKos, a gathering of bloggers at a small Nevada resort town on June 8-11. (Don't ask me why "Daily Kos" is two separate words while "YearlyKos" has no spaces. For some reason, people type in a few URL's and suddenly they think that spaces are an antiquated typographical anachronism.) Should be a fun event; celebrities to attend include Harry Reid, Ambassador Joseph Wilson, PZ Myers, and Chris Mooney. Hopefully there will be something to do to fill the downtime between the interesting talks.