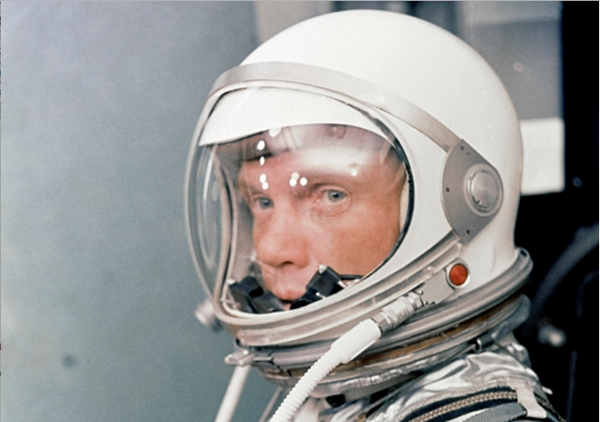 John Glenn, a military vet turned space pioneer, has died at the age of 95. After flying 59 combat missions in World War II, Glenn became an early recruit into NASA's Mercury program. In 1962, he became the first American astronaut to orbit the Earth. Years later, in 1998, he became the oldest person to fly in space when he joined the STS-95 crew aboard Discovery.  After leaving NASA in 1964, Glenn rejoined the military before being sidelined by an injury in 1965. He then went into the private sector before re-emerging for a 1970 run for the Senate in Ohio. Though he lost the primary, he won a seat in 1974, elected as a Democrat. For a brief period in 1983 and 1984, Glenn was also a presidential candidate but failed to secure any states in the primary contests. He withdrew in March of 1984, remaining in the Senate until 1999.

In recent days, Glenn had been admitted to Ohio State University Wexner Medical Center. His family, including his wife Annie, were by his side when he passed away. Glenn was the last of the Mercury 7 to pass away.