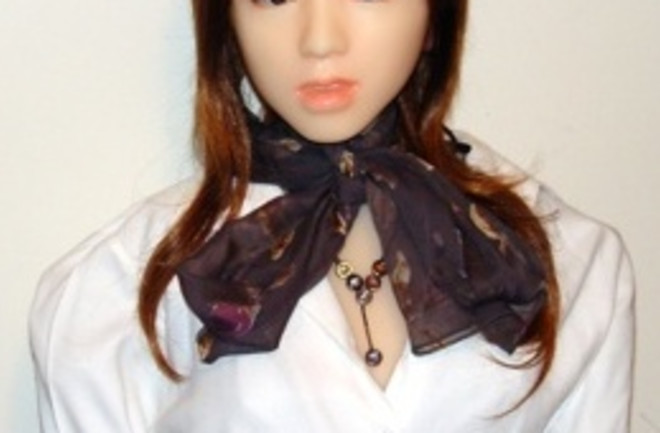 One of the podcasts I subscribe to is Thinking Allowed from Radio 4. The most recent one was on the role which robots are envisaged to play in the future of Japan:

Also, the rise of the 'fembot'. The Japanese government is investing billions in the development of robotic technology. They think the robot will do for the 21st century economy what the automobile did for the 20th. However, Jennifer Robertson thinks that as female robots are developed to perform some of the functions traditionally performed by women, it bodes ill for the future of Japanese society.

The guest was very negative about Japan's plan to substitute robots for immigrants. Basically, she perceived that there was a risk that the Japanese were going to turn into technologically enabled inward-looking xenophobes, closing themselves off to the rest of the world and interacting only with their robot minions. If so, it's their right as a nation to do so, and I don't see why all nations should adopt the same policies in regards to globalization. It isn't as if Japan's Human Development Index was similar to that of North Korea. Though science fiction has a generally bad track record as prediction, I couldn't help but think of Isaac Asimov's Spacer society of Solaria, from his Robot Series. There's already a fair amount of media reports about antisocial personality disorders becoming very common in Japan, the sort of stuff that Asimov describes as normal on Solaria. Here is Wikipedia description of the Spacer worlds, of which Solaria was the most extreme case:

In Isaac Asimov's Foundation/Empire/Robot series, the Spacers were the first humans to emigrate to space. About a millennium thereafter, they severed political ties with Earth, and embraced low population growth and extreme longevity (with lifespans reaching 400 years) as a means for a high standard of living, in combination with using large numbers of robots as servants. At the same time, they also became militarily dominant over Earth.

In many ways the Spacers, and what Japan aims to become, seems to be the realization of what the ZPG movement was pushing for in the 1970s. I'm moderately skeptical that they can pull it off as a practical matter, projections of the feasibility of humanoid robots have been overly optimistic for decades, but it would be an interesting development for a nation which prides itself on its peculiar distinctiveness to be the first to "merge" man and machine into a social ecology. Image Credit: Wikimedia