Well, damn. Jack Horkheimer, The Star Hustler, has died at the age of 72. If you're of a certain age, you'll remember Jack: he had a short astronomy show he did, usually shown on PBS right before they signed off, as I recall. He would tell you what the sky was doing that week, while he sat on the edge of Saturn's rings. He was well-known for his super-enthusiastic demeanor, which always cracked me up. And of course, his trademark signoff: "Keep looking up!" Here's one of his last shows: I met Jack briefly at the very first Amaz!ng Meeting in Florida. He gave a talk at the meeting, and then James Randi himself introduced us. We hit it off pretty quickly -- turns out we shared a similar sense of humor in some topics. It was a lot of fun to hang out with him. Sky and Telescope has more information about this icon of astronomical outreach, as does Wikipedia. He'll be missed. If Jack inspired your interest in astronomy, let everyone know in the comments. That would be a terrific way to remember him. 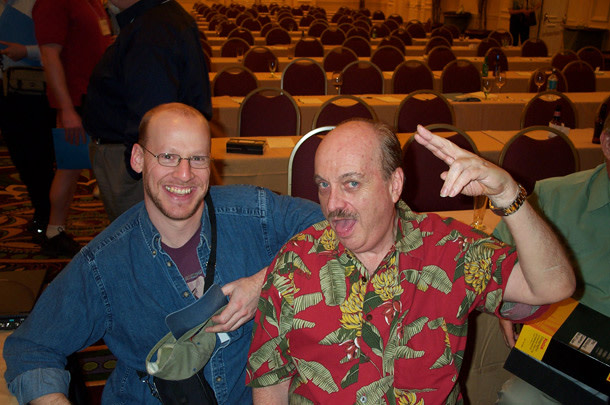