Is Climate Change Causing the Seasons to Change? Citizen Scientists in the UK Help Find Out with Nature’s Calendar 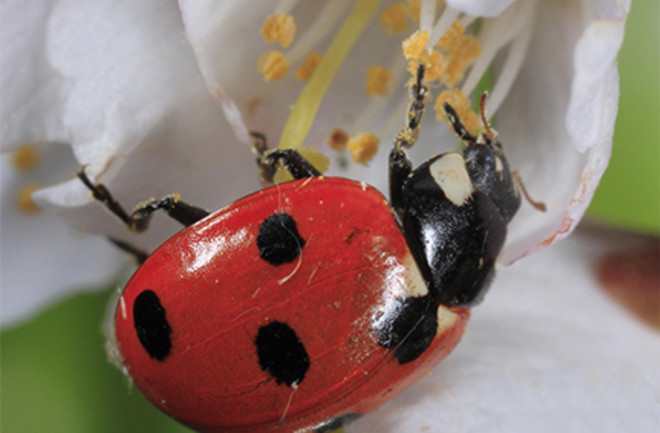 Interested in more spring themed citizen science projects? Check out the ones the SciStarter team has handpicked for you here! Or use SciStarter's project finder to find one that piques your curiosity!

In 1998 Tim Sparks, a research biologist at Britain’s Centre for Ecology and Hydrology in Cambridge started a pilot project designed to record the first blush of spring. Sparks saw the importance of continuous phenology records—a record of when plants start to bud and flower, and wanted to revive a phenology network in the UK. Shortly thereafter The Woodland Trust (the UK's largest woodland conservation charity) joined forces with the Centre for Ecology and Hydrology to promote the scheme to a wider audience, which is how the citizen science project Nature’s Calendar was born. Data now collected by citizen scientists in the United Kingdom using Nature’s Calendar can be compared to historical data such as the Royal Meteorological Society and Robert Marsham datasets. The Royal Meteorological Society established a national recorder network in 1875 and annual reports were published up until 1948. Robert Marsham was Britain’s first phenologist and recorded his ‘Indications of Spring’ from 1736 until his death in 1798. Following these records more recently an amateur phenologist Jean Combes began noting when oak leaves budded each spring. She started making notes in 1947, and provided incredibly valuable information for the post-war period when climate change was beginning to become a more distinct environmental issue. Combes’ oak leafing dates have been used by scientists, government departments and research organizations interested in the impact of a changing climate on trees and wildlife. Dates from 1950 to 2012 (shown in the graph) reveal a huge advance in leafing dates over this half-century, with the very early springs from the 1990s being evident. Climate change shortens the winters.

Data collected by Jean Combes (Image Credit: The Woodland Trust) The citizen science administrator with Nature’s Calendar, Kylie Knight says, “We write seasonal reports about the data collected through Nature’s Calendar, and many research academics have used the data for their studies. We also have a PhD student on the team, Christine Tansey who will be working with us for the next few years.” The most recently published results date from the winter of 2013. In the report, a member of the Nature’s Calendar conservation team Sian Atkinson writes that spring 2013 was the coldest for the UK since 1962, and the fifth coldest in a series since 1910. Comparing these findings to the Hadley Centre’s records for mean Central England Temperature, (a dataset that began in 1659), shows that there were only 11 years in the whole series in which the mean temperature for March was colder. Knight notes that currently, “the most exciting aspect of Nature’s Calendar is our collaboration with the British Science Association to find out how fast spring moves. We are asking the public to look out for some key species including first sightings of ladybirds, orange tip butterflies and the first leaves budding from oak trees. We will use this information to figure out how fast spring sweeps across the country.” Nature’s Calendar has two seasons, spring runs from January to June and autumn from July to December. This spring, British Science Week took place from March 13 through March 22. The period was used to promote Nature’s Calendar’s work with the British Science Association to find the answer to the question–‘How fast does spring move?’ If you live in the UK and are interested in helping answer that question as you take those early morning walks or weekend hikes, please consider signing up and annotating the oak buds in your neck of the woods, or the first orange tip butterflies that brighten your path.