Inside the High-Stakes World of Vaccine Development

The front lines of vaccine development research - where lab coat-clad scientists test new approaches in state-of-the-art laboratories - represent a life-and-death battle for millions of people around the world. 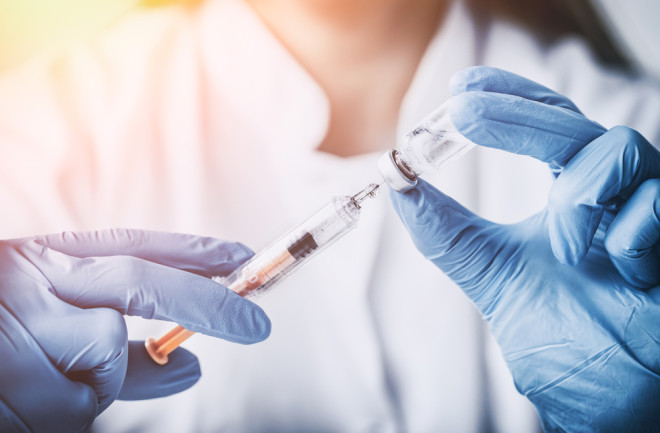 Vaccines are widely recognized as the most effective way we’ve got to fight infectious disease, a bulwark against a staggeringly diverse array of potentially pathogenic organisms looking to circumvent our defenses.

Pervasive vaccines like those for influenza, measles, or polio offer a sense of security, but it wasn’t always so, and a range of established and emerging threats continue to present real problems. Given the physical interconnectedness of even the most remote locations with the rest of the world, esoteric pathogens have a fast track to global transmission like never before.

In this context, the front lines of vaccine development research - where lab coat-clad scientists test new approaches in state-of-the-art laboratories - represent a life-and-death battle for millions of people around the world. There are four primary players in the field of industrial-scale vaccine research and development: Pfizer, Merck, Sanofi, and GlaxoSmithKline (GSK). (Yes, other companies and academic labs are on the cutting edge of research, but only a select few organizations have the capacity to produce resulting vaccines on a global scale.)

Moncef Slaoui has been in the game for decades, and currently serves as GSK’s Chairman of Vaccines. Despite the typical decades-long R&D process and the wide range of biological complexity that awaits future cure-seekers, Slaoui is optimistic that cures will continue to be found.

“Most viruses? Fine, those shouldn’t be too much of a problem,” he says, on the sidelines of last month’s South by Southwest Interactive in Austin, Texas. “Most bacteria? Yes. I think it’s the human parasites” - worms and other eukaryotic pathogens - “that are a different story, another level of complexity."

To Slaoui, the search for a vaccine begins with a healthy respect for evolutionary history; this battle between infectious agents and animals hosts, after all, has been raging for hundreds of millions of years.

“I think we should always start from the idea that by studying how pathogens escape our immune protection,” he explains, “we will actually understand how the immune system functions, because they got there before us.”

By seeing how the immune system responds to a particular threat, it’s possible to determine the nature of the desired protective response you’re hoping to develop. For example, do you need antibodies to neutralize the opponent by recognizing harmful invaders? Or T cells that go “cytotoxic” and kill pathogens through chemical warfare? With an idea of the flavor of immune response you’re hoping to effect, the search for an antigen begins in earnest.

Antigens are molecular red flags - peptides, sugars, or lipids that coat the outer surface of a pathogen and raise the host cell’s alarms. There are frequently many different antigens that lead to a number of different host responses, some more effective in neutralizing and clearing the pathogen than others. It’s a torturous process to find the most useful antigen-antibody pairing (there’s a reason this takes teams of the world’s best scientists decades), but once you’ve got something promising, it’s on to the manufacturing step.

In most industries, purity is a primary goal. For vaccines, early efforts showed that apparent contaminants in a cell culture - oils, salts, random organic goo - could actually improve immune response. These supplementary molecules are called adjuvants; the search for an adjuvant that modulates the antibody-antigen response just so is another time-consuming step. (One of GSK’s competitive advantages, says Slaoui, is its adjuvant development platform which streamlines a highly combinatorial process.)

The end result is often a hodgepodge of molecular components. GSK’s shingles vaccine, which is currently undergoing trials, consists of “a compound from the cell wall of Mycobacteria, another compound extracted from the bark of a tree from Chile, combined in a liposome vesicular structure,” according to Slaoui. Despite his optimism, Slaoui does have his white whale.

“Surely the hardest target is HIV,” he says. “We haven’t yet uncovered where the virus lies latent, when it is absolutely stealthy.”

But finding a way to target the virus in all phases of infection and disease progression - potentially through a range of vaccine treatments - isn’t impossible.

“I hope we will get there; we should always assume that a vaccine is possible against every pathogen."