In Memory of the Spirit Rover 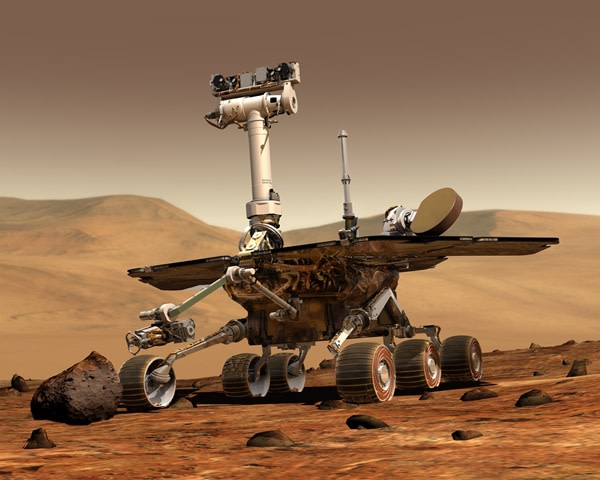 The Spirit rover explored the Red Planet for more than five years, well past its original mission lifetime. (Credit: NASA) Five years ago, NASA officially ceased recovery efforts for the Spirit rover. They didn’t give up without a fight. The rover had been silent since March of 2010, more than a year earlier, and stationary since 2009, when it drove into a patch of soft martian soil. With Spirit’s twin rover, Opportunity, driving merrily along to this day (though not without signs of aging), it’s tempting, in hindsight, to consider Spirit the disappointing sibling. Certainly it’s difficult not to dream about the wealth of images and data Spirit might have returned had it not become mired in a soft patch of martian soil. But we would be ungrateful not to look back on what was still a spectacular science mission lifetime for Spirit. Let’s re-live some highlights. 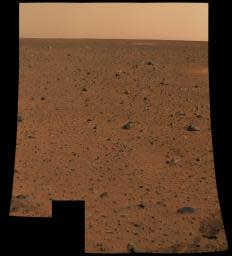 The first image Spirit returned was also the highest resolution image ever taken on another planet. (NASA/JPL/Cornell) Spirit landed on Mars on January 4, 2004. Like its twin, Opportunity, Spirit was assigned an initial mission of only 90 sols. (A sol is one martian day, or 24 hours and 39 minutes, just slightly longer than an Earth day.) It exceeded this mission lifetime by more than 20 times, delivering invaluable science as it explored the Red Planet. It made its home in Gusev Crater, an ancient impact site and likely a giant dried lakebed as well.

In 2005, Spirit caught sight of martian dust devils. The earlier Pathfinder mission had also spotted such phenomena, but this was the first for the new rover mission. Aside from a spectacular sighting, the wind had the benefit of clearing off Spirit’s solar panels, which had already begun to accumulate a layer of dust that decreased their efficiency. Water: The Good Kind Also in 2005, Spirit investigated an outcrop of rocks called “Comanche.” It took scientists nearly five years to understand what the rover had uncovered, but the result was powerful. The rocks had high concentrations of carbonate, which can only form in wet, non-acidic environments. The rovers had previously uncovered signs of acidic water, but this was their first clear evidence that Mars once hosted water might have been hospitable to life. 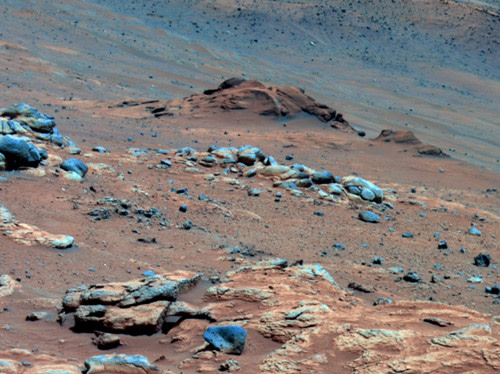 In 2006, one of Spirit’s front wheels, which had been giving its engineering team trouble, ceased to drive completely. Undeterred, the team instructed Spirit to drive backwards on five wheels, dragging its unresponsive sixth behind it. Spirit successfully roved on for years in this handicapped condition.

On May 3, 2007, Spirit discovered signs of an ancient volcanic eruption — and not some sleepy seeping magma, but an epic explosion that implies the lava made contact with water. 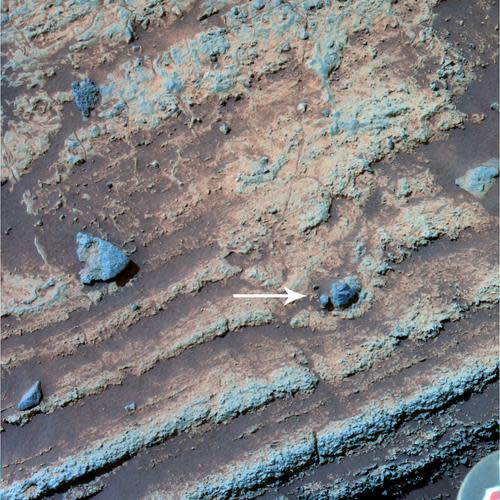 Researchers also think they spied a “bomb sag” in Spirit’s images, which on Earth forms when rocks are shot into the air by volcanoes, then deform as they fall back to Earth. (Credit: NASA/JPL-Caltech/USGS/Cornell) Silica hints at ancient hospitality Continuing to uncover signs that Mars was once highly active, on December 10, 2007, researchers announced that Spirit’s dragging dead wheel had serendipitously scraped clear a patch of almost pure silica. On Earth, such material typically forms near hot springs or in regions where acidic steam forces its way through narrow spaces. Both environments on Earth are popular with microbial life, so the martian silica points to habitable regions in Mars’ past. Hunkering down for the storm Spirit spent much of 2008 weathering massive dust storms that covered its solar arrays and decreased the power available for science activities. In 2009, it regained enough energy to resume driving, but on May 1, the rover drove into soft soil at Troy, on the west side of “Home Plate,” and became mired. Final Resting Spot The rover team would spend more than a year attempting to free Spirit, but to no avail. In January 2010, the rover team declared Spirit a stationary research station. As the Red Planet moved into winter, Spirit readied for low sunlight levels and the associated decrease in available power. But Spirit never woke up from its hibernation. The team heard the rover’s last call on March 22. They waited patiently, sending more than 1,300 signals to the rover as spring and then summer passed on the Red Planet, which should have woken the rover. Finally, on May 25, 2011, after more than an Earth year since Spirit’s last communication, the team ended their search.