In a Russian Mountain Range, Unknown Forces Made Perfect "Quasicrystals" 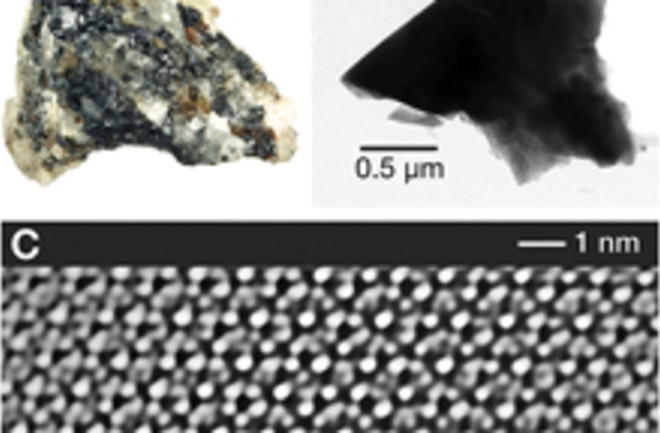 In chunks of rock quarried from a Russian mountain range, physicists have found perfect "quasicrystals," a type of material that researchers previously thought could only be created in a lab.

Quasicrystals display ordered arrangements and symmetries but are not periodic—that is, they are not defined by a single unit cell (such as a cube) that simply repeats itself in three dimensions [Scientific American].

Instead, quasicrystals have two different geometric structures that alternate, and that are organized in ways which create complex patterns and symmetries. When such a pattern is laid out in two-dimensions, the resulting design is often called Penrose tiling. Quasicrystals were first created in the lab in 1984, and physicist Paul Steinhardt, a coauthor of the current study, says the hunt for naturally occurring quasicrystals began about 10 years ago.

"The latest issue surrounding quasicrystals has been could nature ever make them? ... When we make them in the lab we try very hard to make perfect quasicrystals, but nature has no such goal" [Discovery News].

The researchers put out a call to mineralogists around the world, asking them to send in likely rock samples for testing.

That call was answered by Luca Bindi, head of mineralogy at the University of Florence, Italy, who began painstakingly preparing rock samples from Steinhardt's list of likely candidates and other metal-rich minerals, since most known quasicrystals are complex alloys of metals [Chemistry World].

One of those samples was a mineral called khatyrkite that contained tiny grains of an alloy made of aluminium, copper, and iron, and which was found in the Koryak Mountains in Siberia. As researchers explain in their study, published in Science, the khatyrkite's diffraction patterns almost exactly matched those of synthetic quasicrystals made in the lab. Researchers don't yet understand what forces gave rise to the naturally occurring quasicrystals, but say that understanding the geological processes at work may help create new materials in the lab.

Over the last 25 years scientists have created more than 100 different kinds of quasicrystals. Some are microns in size while others are inches across. Some are shaped almost like soccer balls, while others look like flower blossoms. They are used in non-stick surface coatings for cookware or in ball bearings [Discovery News].