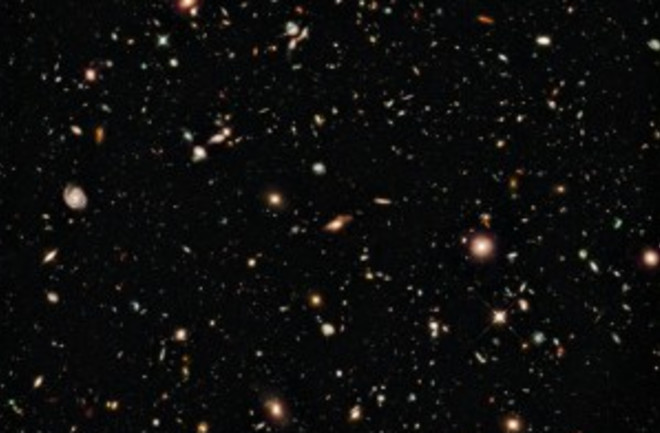 NASA is often viewed as the epitome of big ideas and extreme planning. But sometimes even they go above and beyond, either with incredible improvised fixes, or missions that survived the test of time and then some.

The greatest space telescope astronomers have was almost a giant flop. When the telescope launched in 1991, the pictures it sent back were muddled and far below the predicted quality. It turned out a mirror had been ground to the wrong specifications, leaving Hubble’s vision blurry. NASA had a few short years to figure out a fix before the first servicing mission was due in 1993. Since the mirror was too integral a part to replace in space, scientists did the next best thing – they gave Hubble glasses, in the form of COSTAR, the Corrective Optics Space Telescope Axial Replacement system. Astronauts installed the corrective equipment during a space shuttle servicing mission, and suddenly Hubble could return the eye-catching images it’s so famous for today.

Over time, NASA swapped out the original instruments, replacing them with upgraded devices that included their own corrections so that by 2002, COSTAR was no longer necessary. Astronauts brought Hubble’s glasses back to Earth in 2009 to make room for yet more upgraded equipment, the Cosmic Origins Spectrograph.

The telescope managed to take data even during its first few fuzzy years, and it’s predicted to keep working until 2025. Thirty-four years at the same job is impressive for most humans, and they don’t have to operate in space.

The Spirit rover explored the Red Planet for more than five years, well past its original mission lifetime. (Credit: NASA)

The Opportunity Rover was wildly successful in its mission of delivering images and geologic data about the martian terrain it traversed during its fourteen years of active duty. (Image Credit: NASA/JPL/Cornell University, Maas Digital LLC)

The Mars Exploration Rover Opportunity had a designated mission duration of about 90 days (technically 90 sols, or martian days). NASA lost contact with the rover on June 10, 2018, after dust storms drained its power. The mission isn’t officially dead yet, but hopes are dimming that the rover will reawaken. But by the time it went quiet it had explored for over 14 years, well over 50 times its original goal. Its twin, Spirit, explored for five years before getting stuck in soft soil. Both massively outlived and outperformed expectations.

During their adventures, the rovers explored more than 30 miles of martian terrain, taking images and spectra, and scraping up martian soil to investigate the layers just under the surface. Their travels weren’t without mishaps. Opportunity got stuck in a sand dune for several weeks in 2005 before engineers managed to wiggle it free. In early 2006, one of Spirit’s front wheels stopped working. Engineers figured out how to let the rover drive on five wheels instead – largely by driving backwards and dragging its non-functioning wheel. Engineers built the rovers sturdily enough to handle these hiccups, and the Red Planet sometimes gave surprising aid – like when Spirit observed serendipitous dust devils whose associated breezes also cleared off its dusty solar panels.

By 2015, Opportunity was suffering from a glitchy memory, but mission scientists were able to reformat its brains to keep working anyway. The rover sent back valuable science until the storm descended that finally ended its much extended mission.

With the benefit of time and the experience of Spirit and Opportunity to guide them, engineers built Mars’ newest rover, Curiosity, to last for nearly two years. It’s more than seven years since Curiosity started its adventure, and while it’s still going strong, it still has quite a ways to go to match Opportunity’s records.

Kepler Rose From the Dead

The Kepler telescope’s hunt for exoplanets, worlds circling stars other than our own sun, was originally a three-year mission. While the telescope performed admirably, its data taught astronomers that stars were a little noisier than expected, meaning Kepler needed more time to accomplish its original goals. Three years in, in April of 2012, the telescope was working like a dream, and so researchers cheerfully granted the telescope a further three years of funding and planet-hunting.

Even with the noisy stars, Kepler changed the face of astronomy. Exoplanets bloomed into a full field of research as Kepler sent the number of discovered worlds skyrocketing. The longer Kepler stared into space, the better its data got. And researchers scoured that data for the tiniest signals, reaping planets beyond Kepler’s stated abilities.

But within three months of receiving its extended mission status, one of Kepler’s four reaction wheels stopped working. These are the wheels that let it point very precisely at its targets in the sky. Since it only needed three wheels to function, the mission continued. Then a second wheel broke the following year, halting the telescope’s work.

For months, scientists tested the wheels, attempting to improvise a solution. They crowd-sourced ideas, reaching out to the scientific community for inspiration, and then tested those plans. Almost a year to the day after the second reaction wheel failed, NASA announced Kepler’s new life as K2. Since the telescope couldn’t point itself accurately anymore, scientists taught the spacecraft a new orbital maneuver, where they let sunlight push the telescope for them. Kepler would now stare out past the edge of the solar system, balanced neatly in a stream of sunbeams. For two more years, K2 continued searching the skies, finding more exoplanets, as well as supernova explosions and tiny asteroids, until it finally ran out of fuel – a problem NASA has not yet learned to solve from afar.