By analyzing the light and energy from galaxies like NGC 3749, astronomers can learn about them from millions of light-years away. 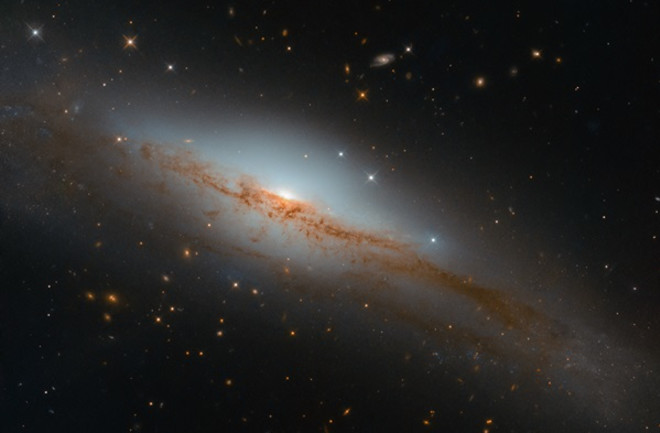 NASA’s Hubble Space Telescope recently captured a fresh look at NGC 3749, a spiral galaxy that sits about 135 million light-years away from Earth. The galaxy is a classic version of what astronomers call an emission line galaxy, a kind that gives off light in a way that tells astronomers it’s forming huge numbers of stars.   Astronomers can use a process called spectroscopy to spread out the light from the galaxy, much like how a prism spreads out light and turns it into a rainbow. And by analyzing how this light behaves, either giving off energy or absorbing it, astronomers can uncover new secrets.  For example, by looking at the light from NGC 3749, astronomers can tell the galaxy is full of young suns and has yet to deplete its star forming material.