How Stephen Hawking Has Survived to Age 70 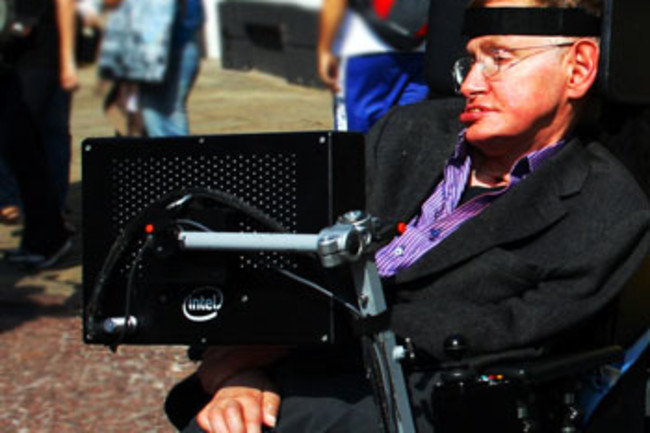 Party hats out, everyone! Stephen Hawking

turned 70 years old yesterday, 49 years after being told he had fewer than four left to live. The Cambridge professor suffers from a motor neuron disease related to Lou Gehrig's disease

that has gradually taken from him his ability to move, feed himself, and speak, except through a synthesizer that he operates using a cheek muscle (unfortunately, his control of that muscle is also fading

). But despite these handicaps, he has survived to an incredible ripe old age---the average for an Englishman is currently 77.2

---and has continued his work as a cosmologist and physicist throughout. How has he managed to live so much longer than expected? Katherine Harmon at Scientific Americanasked

neurologist Leo McClusky, who specializes in such diseases:

One thing that is highlighted by this man's course is that this is an incredibly variable disorder in many ways. On average people live two to three years after diagnosis. But that means that half the people live longer, and there are people who live for a long, long time. Life expectancy turns on two things: the motor neurons running the diaphragm—the breathing muscles. So the common way people die is of respiratory failure. And the other thing is the deterioration of swallowing muscles, and that can lead to malnutrition and dehydration. If you don't have these two things, you could potentially live for a long time—even though you're getting worse. What's happened to him is just astounding. He's certainly an outlier.

An outlier, of course, in more ways than one. Happy birthday, Professor Hawking. Read more at Scientific American.