Hiking in the Appalachian Mountains? Here’s How You Can Contribute to Science While You’re At It

Hitting the trails for the long holiday weekend? Here’s a citizen science project you can contribute if you’re exploring the Appalachian Mountains, which stretch all the way from Georgia to Maine. Happy trails!  ~The SciStarter Editorial Team

Hikers in the Appalachian mountains contribute data and help researchers learn how climate change is affecting plants living in high Alpine ranges and promote conservation in the face of these changes. Learn more about Mountain Watch, the citizen science project featured in the upcoming SciStarter newsletter. Find out what other projects you can participate in the great outdoors here! 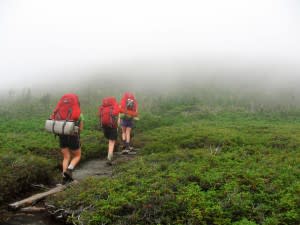 In addition to being a great tale about the relationship between Tom and his dog Atticus, the book beautifully illustrates the profound impact wilderness can have on the human body, mind, and spirit.

The Appalachian Mountain Club (AMC) has a 140-year history of engaging volunteers by enlisting them to help build and maintain trails, advocate for laws that protect nature, raise money to conserve wild lands, share programs that educate the public, and organize recreational activities like the hiking club Tom and Atticus joined.

In 2004, the club started a citizen science program called ‘Mountain Watch’ that harnesses the passion visitors like Tom have for alpine trails by engaging them with opportunities to collect data on the blooming patterns of mountain flowers while they hike.

The purpose of Mountain Watch is two-fold: to gain a better understanding of how climate change is affecting the phenology (timing of events such as budding, blooming, and fruiting) of plants living in high Alpine ranges, and to increase public awareness about the issue and promote conservation in the face of these changes.

Since AMC started the project in 2004, volunteers with the program have turned in almost 2,000 data sheets and have made more than 9,000 plant phenology observations, Murray said. Through trainings and naturalist-led events, volunteers in the project are also learning about the ecology of the places they love to visit.

The data volunteers collect through Mountain Watch is being combined with information collected by AMC staff scientists and naturalists, and can be used by scientists to ask questions about how observed changes to the timing of events such as flower blooms and the appearance of fruit, correlate with changes observed in climate.

The A.T. Seasons citizen science program studies habitat from Maine to Georgia, focusing on a wider range of woodland plants, and has added monitoring of some bird, frogs and insect species to add variety and represent the breadth of life that depend on these habitats, Murray said.

The project’s partners use a consistent protocol so data can be analyzed across regions. Additionally, they have developed an online datasheet application, offer online and in person training, and have created an online visualization tool so volunteers and others can see the results of their work. 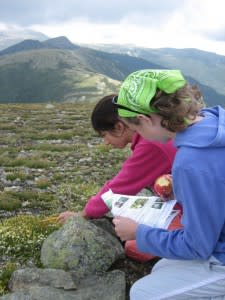 New data (and Mountain Watch’s past data) are now added to the National Phenology Network’s database so it will be available to other scientists and the public.

To learn more about A.T. Seasons or to become a citizen scientist with the program and help protect the alpine ranges that hikers like Tom and Atticus love, visit the project page on SciStarter and learn how to participate.

Editors’ note: this story originally ran on the SciStarter blog network on August 6, 2015.

Kristin is a freelance journalist and Outreach and Communications Director for the San Francisco Bay Bird Observatory. She holds a B.A. degree in Political Science from Whitman College and an M.S. in Mass Communications from San Jose State University. Kristin has worked as an environmental reporter for The Argus Newspaper and was a monthly contributor to Bay Area Businesswoman News. She’s also directed communications and fundraising initiatives for a number of environmental and youth serving organizations, including Earthjustice and Girls Inc. 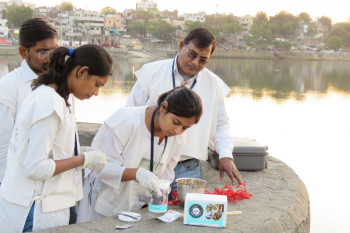