Physicists confirm that their 2012 Higgs discovery was the real thing. 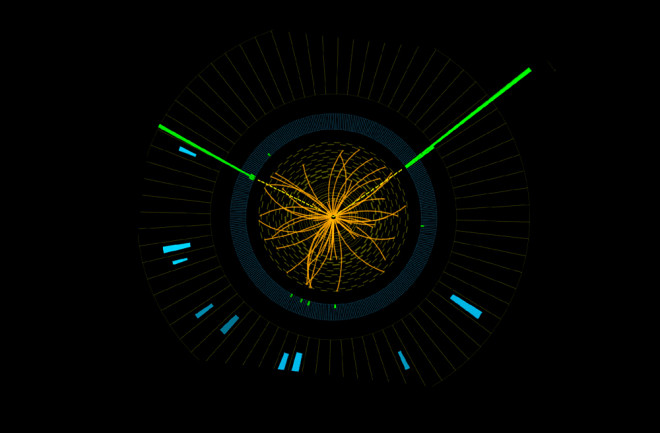 In 2012, particle collisions at Europe's Large Hadron Collider uncovered the long-sought Higgs boson, which is thought to be directly correlated with the strength of gravity. | ThomasMcCauley and Lucas Taylor/CMS Collection/CERN

The apparent bagging of the Higgs boson — the long-sought “God” particle that endows all matter with mass, as well as its hypothesizers with a Nobel prize — topped Discover’s 2012 Year in Science list. But it wasn’t until 2013 that physicists at Europe’s Large Hadron Collider (LHC) confirmed that the elusive particle they’d nabbed was in fact a Higgs.