Richard Wiseman has another fantastic illusion on his site: 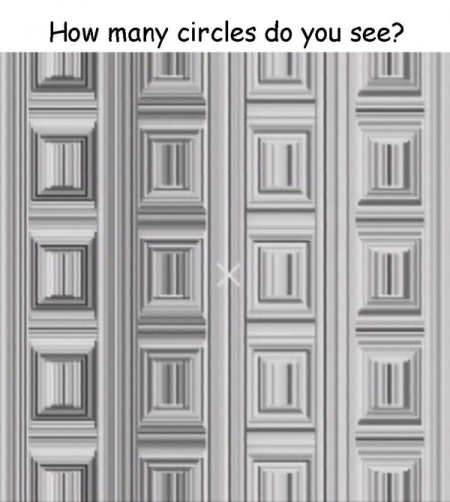 I'm pretty good with these things, and it took me a while to see the circles... and even when I did, they kept popping in and out of existence. Shading is critical in this particular illusion! This illusion's been around awhile; I found a reference to it from 2007, and I imagine it's a lot older than that, too. Mnd man, it's one of the more maddening ones I've ever seen! The one above it on Richard's page made me a little woozy, too. I know men tend to be somewhat more prone to red/orange color blindness than women (I have a touch of it myself, but it's not bad), so I wonder how the genders break down in seeing that particular illusion. Go take a look and leave a comment on Richard's blog!