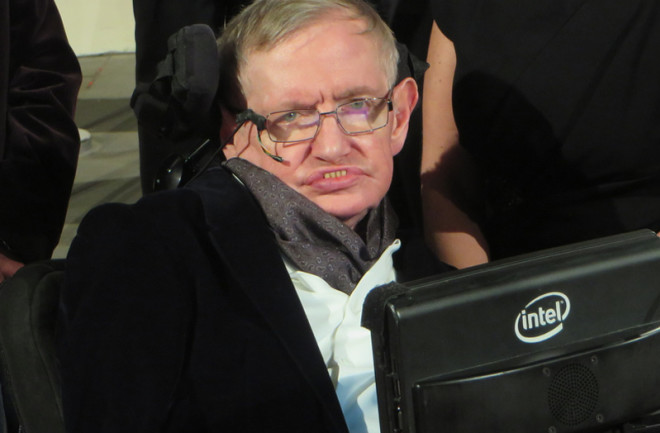 The PhD thesis of perhaps the world’s most famous living scientist, Professor Stephen Hawking, was recently made publicly available online. It has proved so popular that the demand to read it reportedly crashed its host website when it was initially uploaded.

But given the complexity of the topic – “Properties of Expanding Universes” – and the fact that Hawking’s book A Brief History of Time is also known as the most unread book of all time, you might benefit from a summary of its main result.

The thesis covers several topics, including recently discovered gravitational radiation, but the final chapter is the part that many physicists consider the most significant. It deals with the birth of the universe itself, and is simply titled “Singularities”.

The major achievement of Hawking’s thesis was to effectively show that the Big Bang theory of how the universe began from a single point was physically possible. It wasn’t just a mathematical nuisance that sprang out of the equations physicists had developed to describe the possible evolution of the cosmos.

Gateway to the stars. (Credit: Stephen Hawking/University of Cambridge)

The concept that the universe started a finite time ago in a Big Bang is now an accepted scientific fact, and yet it remains an astounding idea. Imagine: all the matter in your body was once – in one form or another – compressed into the same tiny volume as the most distant galaxy and everything in between. About 14 billion years ago, this point rapidly expanded to create space and time. It continues to expand today.

At the time of Hawking’s PhD in the 1960s, scientists were still arguing over the idea. A popular alternative to the Big Bang was the Steady State model. Proponents of the Steady State model were uncomfortable with a universe of finite age that began in this way. In fact, the moniker “Big Bang” was coined as a derisive term by Steady State champion Fred Hoyle. To understand how Hawking showed it really was possible, we need some background physics.

In the early 20th century, Albert Einstein revolutionized our understanding of gravity through his general theory of relativity. Einstein showed that we could think of gravity as the curvature of spacetime, caused by the presence of mass or energy.

Spacetime is a way of thinking about the framework of the universe that combines three-dimensional space and one-dimensional time. All objects exist and all events happen somewhere in spacetime. But it’s hard for most people to imagine because, although we can move freely in three-dimensional space, we cannot travel where we like through time. It’s a bit like being an insect trapped on the surface of a pond. It can only move in two dimensions, despite there being another spatial dimension to explore.

General relativity expresses how space and time are linked. In his theory, Einstein elegantly described how the curvature of spacetime is related to the density of mass and energy in his “field equations."

The curvature of space-time due to the presence of objects with mass. (Credit: ESA–C.Carreau)

After these equations were published, other scientists used them to explore what happens to spacetime in different physical situations. In the case of objects where all the matter is concentrated into a single point, the field equations predict something unusual: the curvature of spacetime becomes so extreme that even light cannot escape. Today we know these objects actually exist as black holes, and we’ve since found evidence for them in space.

These situations where the solutions to the equations become infinite are called “singularities”. Hawking’s final thesis chapter explored this idea of singularities, not for the spacetime around black holes, but for the entire universe.

From Black Holes to the Big Bang

In cosmology, a central tenet is that space must, on average, be homogeneous and isotropic. In other words, over a large scale, the contents of the universe must be pretty evenly distributed and look the same in every direction.

The simplest solution to Einstein’s field equations that satisfies these conditions is called the “Robertson-Walker metric”, named after the scientists involved in its development. The metric is simply the term we use for describing the interval between two events in spacetime.

Importantly, the Robertson-Walker solution allows the spatial part of the metric to change with time. That means it can describe a universe in which space itself is expanding. Edwin Hubble found evidence that the universe really is expanding in the 1920s by showing that other galaxies are moving away from us.

The Robertson-Walker metric and field equations allow us to describe this expansion in terms of what cosmologists call the “scale factor”, describing how much space has expanded or contracted between a particular point in time and the present day.

If the universe is expanding, it should have been smaller and denser in the past. Run the clock back far enough and the scale factor should go to zero. All the matter and energy in the universe must have been contained in a single point with infinite density: a cosmological singularity. This is the basis of the Big Bang model, a bit like a black hole in reverse.

The Steady State model tried to eliminate the cosmological singularity, which many argued wasn’t plausible. Singularities were seen as shortcomings of the predictions of general relativity and not in line with the known laws of physics.

In the Steady State model, the universe is eternal and doesn’t have a beginning at all. Its apparent expansion can be explained by adding a “creation field” or C-field to Einstein’s equations that would mean matter is continuously created in the space between galaxies as they move apart.

But in the final chapter of his PhD thesis, Hawking argued that the idea of a C-field came with its own set of problems and that the right model involved the Robertson-Walker solution describing an initial singularity.

What he did next was what many consider groundbreaking. Building on the work of fellow British physicist Roger Penrose, Hawking mathematically proved that singularities were not a shortcoming of theory but expected features of nature. He effectively demonstrated that general relativity allowed for a universe that began in a singularity.

Half a century later, the observational evidence for the Big Bang creation scenario is overwhelming and the Steady State model has long been abandoned. Hawking has gone on to make further monumental contributions to cosmology and theoretical physics. Reading Hawking’s thesis is an insight into an exceptionally creative mind – and the first steps of discovery in what has been a remarkable scientific journey.