Have Astronomers Spotted the First Exoplanet in Another Galaxy? 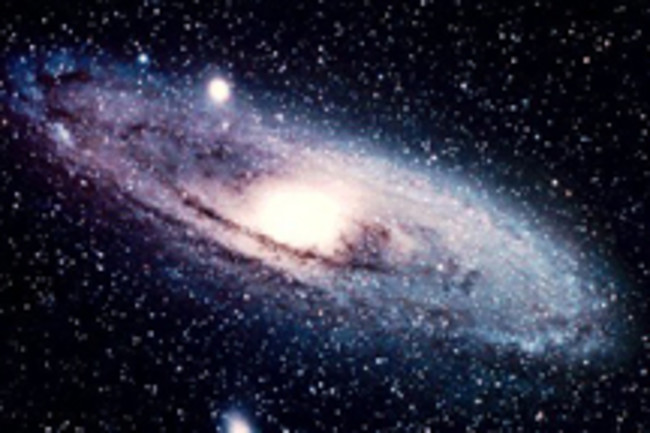 Only 20 years ago, astronomers were arguing over whether a colleague had discovered the first exoplanet--a planet beyond our solar system that is in orbit around an alien sun. Fast forward to the present day, and researchers have now spotted more than 300 exoplanets in our Milky Way galaxy, and the new topic of discussion is whether a group of astronomers has detected the first extragalactic planet in the Andromeda galaxy. A new study to be published in the Monthly Notices of the Royal Astronomical Society explains that it should be possible to identify extragalactic planets with the technique of

gravitational microlensing, in which a distant source star is briefly magnified by the gravity of an object passing in front of it. This technique has already found several planets in our galaxy, out to distances of thousands of light years. Extending the method from thousands to millions of light years won't be easy, says [study coauthor] Philippe Jetzer, ... but it should be possible [New Scientist].

In fact, it may have already been accomplished. Jetzer's team first conducted a simulation of microlensing events in the Andromeda galaxy, which is more than 2 million light years away from Earth. Once they had

determined the clues that a planet in Andromeda would show, they returned to a survey completed in 2004 ... that showed an unusual light curve. That event, the group says, matches up to its theory and can be attributed to a companion of a mass about six times that of Jupiter. That suggests either a planet, or a small companion star such as a brown dwarf.... "The interesting thing is that the technology is in place to truly see planets of Jupiter's mass and even less in other galaxies.... It's an exceptional thing" [BBC News]

, says study coauthor Francesco De Paolis. Unfortunately, the astronomers can't go back to check the result from 2004, because microlensing events are unpredictable and brief, lasting a few days at most. But the researchers plan to put the technique to work as they look for stronger evidence of other extragalactic planets.

Rather than looking for the transient brightening of distant stars, astronomers will have to look for transient brightenings of individual pixels; Andromeda is simply too distant for telescopes to resolve individual stars. According to Jetzer, a powerful 4-meter telescope, continually observing Andromeda for nine months might pick out one or two exoplanets, simply by analyzing the pixels in the galactic image [Discovery Space].