If I had to guess what planet this picture was from, I'd certainly think Mars. Wouldn't you? 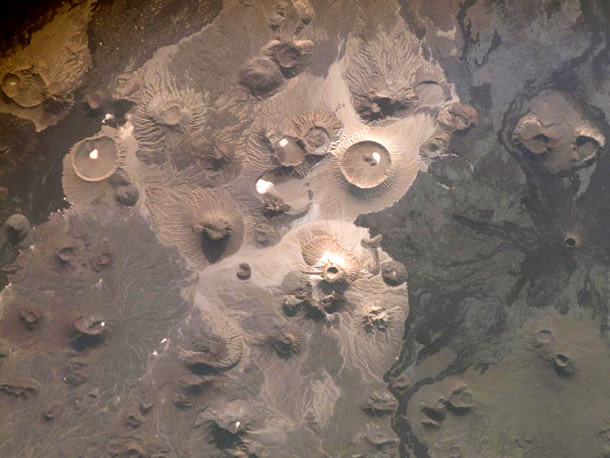 The color, the forbidding landscape, the volcanic cones seemingly untouched by time... it must be Mars right? Nope. It's Earth. This picture was taken by astronauts on the International Space Station back in March 2008. It shows a region of Saudi Arabia called Harrat Khaybar, an extensive lava field which is pretty recent. And I mean that geologically as well as in human terms; the eruptions may have started 5 million years ago, but some were only a couple of thousand years ago. This area is incredibly dry today, but these types of cones form when lava mixes with water. So not too long ago this area must have been a lot wetter, but then something happened to dry it out. Now it's volcanic rock, sand, and gravel as far as the eye can see... ... just like Mars. It goes to show you: the best way to understand the place you live is not only to study it, but to put it in context as well. Studying other worlds can only help us in figuring out how our own works.