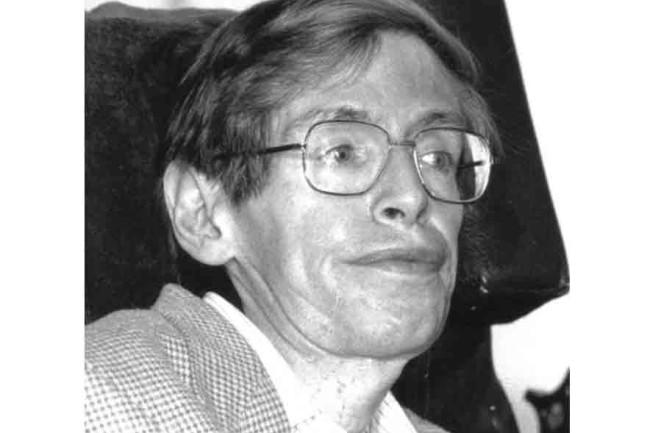 Well, if you’re on the internet today, you’ve probably already heard: Stephen Hawking died this morning at the age of 76. Almost every single news and science-based website (are there any others?) have stories on the physicist and his amazing life and achievements — chief among them, perhaps, being famous enough to deserve all those headlines. He was almost certainly the world’s most recognizable living scientist, and one of the most famous of all time.

If people know him for anything specific, rather than just being a generically smart guy (this generation’s Albert Einstein), it’s likely for two things. The first — and this is how I first became aware and in awe of the man — is his 1988 book A Brief History of Time: From the Big Bang to Black Holes. The bestseller took readers through a fun tour of cosmology and physics, and it was the first glimpse for many into that daunting world.

Hawking’s genius was not just with equations and abstract theorizing that gave him his scientific bona fides, it was also in being able to explain these concepts to the interested layman in clear, engaging prose. When I first read it in high school, the science and the lucidity of its explanations impressed me deeply — it’s somewhat humbling to think the work I do now, as a science journalist, is in the same vein.

The second thing is Hawking’s diagnosis of ALS in 1963. Given just a few years to live, he ended up thriving for decades, outliving many of his doctors. While the degenerative disease took its toll on the scientist’s body, his brilliant mind remained sharpened till the very end. Just as you didn’t have to be fluent in mathematics to appreciate his popular writings, it didn’t take a PhD to be inspired by the man’s determination to live life to the fullest on his own terms, despite the disease’s effects. If anything, his wheelchair and computerized voice became a kind of signature, an emblem of a man who enjoyed engaging with pop culture as much as the academy.

He had guest appearances on Star Trek: The Next Generation, The Simpsons, The Big Bang Theory. And he made many more such appearances.

Hawking was increasingly rare, a celebrity famous not just despite his academic interests, but purely because of them. Most beloved scientists end up devoting more time to outreach and communication than pure science — which is fine, of course! — but Hawking’s scientific prowess was beyond question. The man has a type of radiation named after him, for heaven’s sake! How much more legit can a scientist be? And yet he still cared about the public, and making sure they “got” it, how amazing and truly understandable such work could be.

Like Einstein before him (whose birthday it coincidentally is today), Hawking symbolized scientific achievement and the vast potential of the human mind. His life inspired many of my colleagues and heroes. The world mourns his death not because black holes and physics are so cool (though they are), but rather as a testament to to the power of science — of our mental abilities to study the universe and understand even just a piece of it.

“Life would be tragic if it weren’t funny,” Hawking once said. Today, it feels bit more tragic, but soon enough it’ll be funny once again.