Ghost in the Machine? Physicists May Have Detected a New Particle at Fermilab 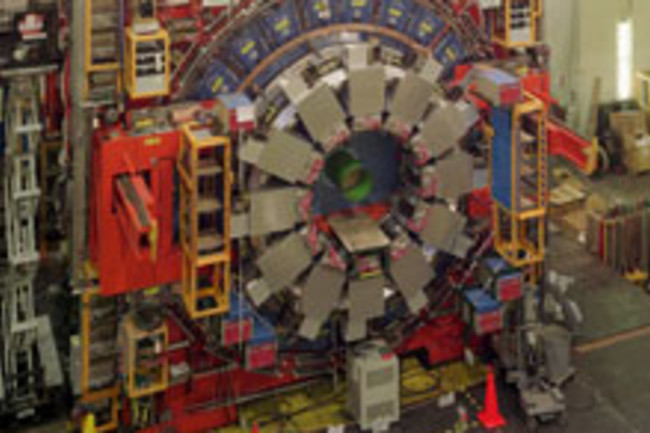 Strange things are afoot at the Tevatron particle collider at Fermilab, and the aging U.S. particle smasher is getting an unexpected moment in the spotlight while physicists wait for the repairs of the Large Hadron Collider in Switzerland. Researchers say experiments at the Tevatron have produced particles that they are unable to explain using the standard model of physics, and say it’s possible that they’ve detected a previously unknown particle. If the result does turn out to be due to some unexpected new process, it would be the most significant discovery in particle physics for decades [Physics World].

Bloggers and theorists are already lining up explanations that involve unseen particles, hypothetical strings, or modifications of conventional physics. The finding is so controversial that about one-third of the 600-person experiment that detected it are refusing to put their names on the 69-page paper purporting its discovery [Nature News], which was posted in advance of publication on the server arXiv.

The mysterious particles were detected in the course of the Tevatron’s collisions of protons and anti-protons; researchers were using the Collider Detector at Fermilab (CDF) to study the particles created by those smash-ups. In certain experiments the CDF detected an excess of particles called muons, and researchers couldn’t explain where they came from. “It just doesn’t add up,” says Jacobo Konigsberg, … a CDF spokesperson. Konigsberg says that the collaboration struggled for months to explain away the effect, but in the end felt it was better to publish their data for others to see and debate. “It wouldn’t have been responsible to sit on this for much longer,” he says [Nature News].

Some researchers think the extra muons indicate that the collisions created an unknown particle, which then decayed into the muons. Theoretical physicist Neal Weiner says the finding could back up a theory he’s developed with a colleague on dark matter – the enigmatic stuff thought to make up a large proportion of the universe…. Their model posits dark matter particles that interact among themselves by exchanging “force-carrying” particles with a mass of about 1 gigaelectronvolts [New Scientist]. But these suppositions (and others involving string theory) are very preliminary, and researchers say they may still find a perfectly mundane reason for the presence of the mysterious muons. When the Large Hadron Collider gets back up and running in 2009, researchers hope it will work on solving the puzzle. 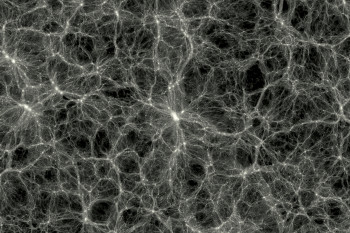 The SciencesWhat is Dark Matter Made Of? These Are the Top Candidates 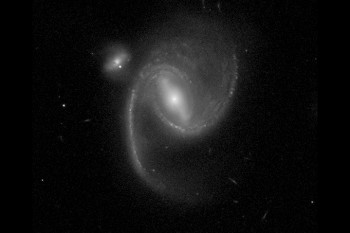 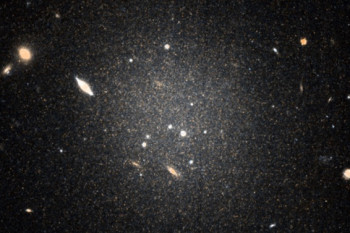 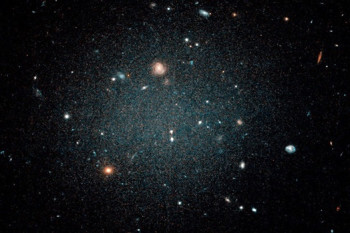