Getting Closer to Solving the Mystery of FRBs

Repeating FRB 121102 seems like it must be coming from somewhere near a strong magnetic field. 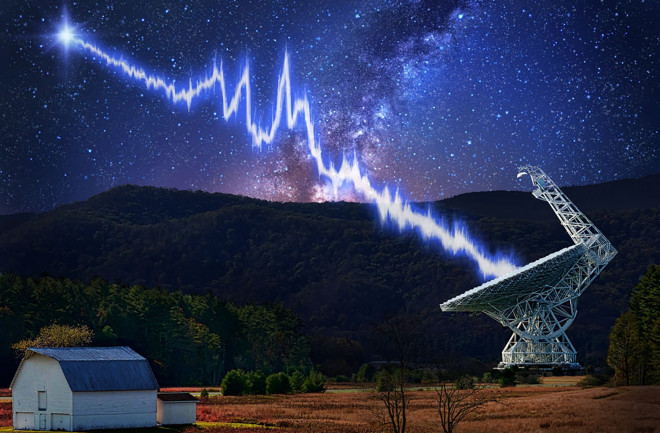 Thanks to a January study in Nature, we’re finally starting to understand fast radio bursts (FRBs). Astronomers first noticed the milliseconds-long intense pulses of radio waves in 2006, but had learned little since. The new research analyzed emissions from a source known as FRB 121102 — the only known FRB that repeats — and determined it must be near an exceptionally strong magnetic field. Possible causes include a massive black hole, a supernova remnant (the leftovers of an exploded star) and a highly magnetized cloud of gas and dust. The authors further speculated that FRB 121102 could be a neutron star housed within one of these extreme environments. The finding doesn’t reveal the pulses’ ultimate cause, however, so astronomers still need more FRBs to study. Luckily, an October Nature paper described 20 new FRBs, so we may soon have even more answers.