Galactic Twist: The Warped Shape of Our Milky Way's Disk 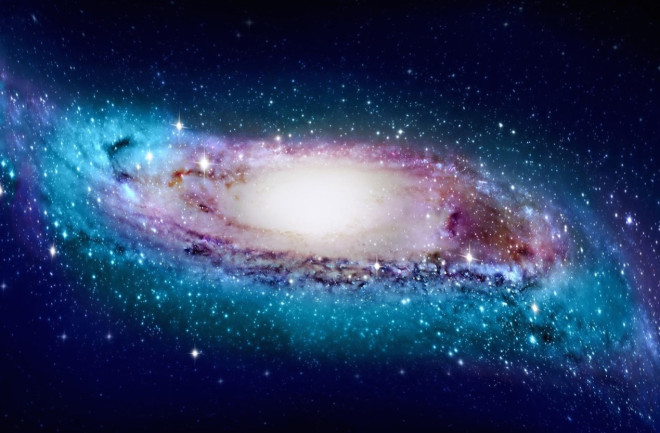 The shape of the Milky Way, usually pictured as a flat spiral, may actually be more like a warped and twisted disk. That’s according to a new study of 1,339 stars whose distances could be measured with great accuracy. The resulting map reveals a tipped, uneven disk of material different from our standard picture.

The 1,339 stars are all Cepheid variables, a type of pulsating star whose intrinsic brightness depends on how long it takes to vary from bright to dim and back again. Normally, it’s difficult to tell if a star is truly bright or simply close, truly dim or simply very far away. Since a Cepheid’s period tells astronomers how bright the star truly is, measuring how bright it appearslets astronomers draw an accurate distance map.

Astronomers looked at data from the WISE survey of infrared stars and noted that it contained a large sample of Cepheids. By measuring their distances and then plotting those stars in 3D, the team from Macquarie University in Australia and the Chinese Academy of Sciences have produced a new map of the Milky Way, one that shows a distinct twist. Their paper is published online today in Nature Astronomy.

Astronomers have known for decades that the gas disk in the Milky Way is warped. But the gas also extends nearly twice as far as the stars in the visible disk and it flares out, extending both higher and lower at the edges than the flat pancake of stars. So the stars don’t necessarily follow the gas’ shape. It took finding accurate distances to the Cepheid stars to make the stellar map clear. The new data also add a literal twist to the story, showing that the warp precesses, or turns. “The twisting of the warp is new,” says astronomer and study co-author Richard deGrijs of Macquarie University in Australia. “It’s been seen in a dozen other galaxies before, but not ours.”

While the recent study focused on making the map, not explaining it, the authors hypothesize that as the Milky Way’s inner disk of stars rotates, it drags on the outer disk as well, distorting the flat spiral.