For the First Time, Plants Have Been Grown On the Moon 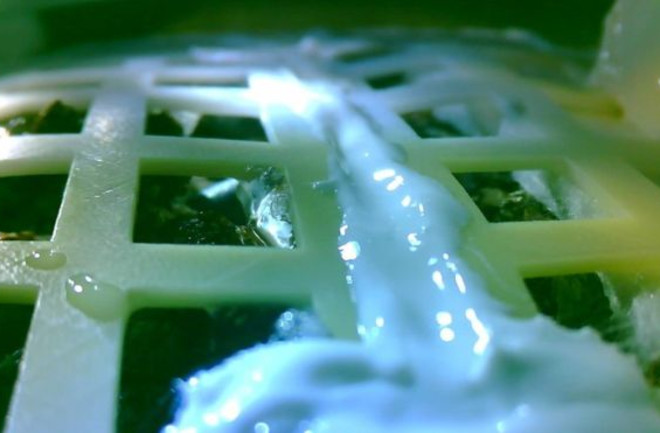 Cotton plants have been seen budding and growing, as shown by this close-up of the plants sprouting under a protective cover on the Chang'e 4 lunar lander. (Credit: CLEP)

There’s life on the moon! Plant life, that is. Cotton seeds have reportedly just sprouted in an experiment aboard China’s Chang’e 4 moon lander.

The mission became the first to touch down on the surface of the far side of the moon earlier this month. The spacecraft carried with it a number of instruments designed to study the lunar surface and geology of the Von Kármán crater where the craft made its soft landing.

Along with a number of sophisticated scientific instruments, the mission’s lunar lander carried a sealed container, the lunar mini biosphere experiment. It contains soil and cotton, rape, arabidopsis and potato seeds. As of Tuesday, Chinese state media report that the cotton seeds have sprouted aboard the lander. Previously, plants have been grown on the International Space Station, but this is the first time that any biological matter has grown on the moon, according to the BBC.

The new cotton buds are growing inside of a seven inch tall canister on the lander. In the container, the organisms have air, water, nutrients, and a controlled temperature and humidity that is allowing them to grow. Keeping the temps within an acceptable range is one of the most difficult parts of the experiment, as the moon swings from a freezing -173 C to 100 C or above.

This plant growth could support future long-term space exploration and habitation. For example, future astronauts headed to Mars will need sustainable sustenance for the two-and-a-half-year journey and then on the surface of the Red Planet once they arrive. With the ability to grow edible plants, astronauts could grow and harvest their own food, enabling long-term habitation.

Along with the plants, fruit fly eggs and yeast were also included in the experiment, they say, with the goal of creating a “mini biosphere.” As of right now, the Chinese state media report that none of the other seeds aboard the lander have sprouted.