Fighting Alzheimer’s Together, Through Citizen Science 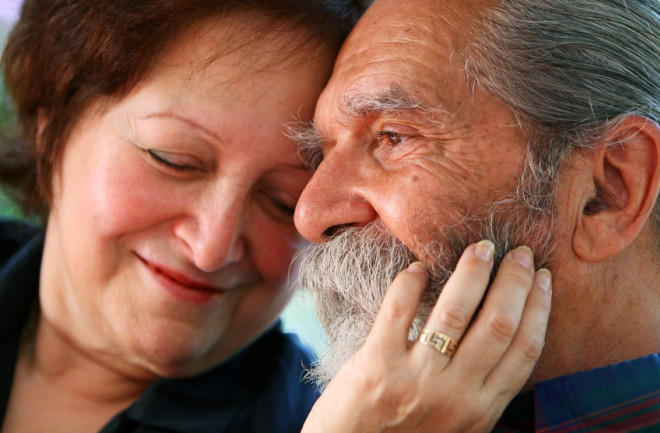 by Egle Marija Ramanauskaite Maybe you’re finding it hard to stick to that New Year’s resolution of making it to the gym every week. How about trying something easier instead? Like changing the world for example, by helping cure Alzheimer’s – one of the most devastating diseases that we face today. How, you ask? Read on to find out. A “historic” increase of $350 million in U.S. federal funding for Alzheimer’s research was signed into law last month to help battle this aggressive form of dementia. But while we wait for much anticipated breakthroughs to happen, everyday citizens like us can do our bit to further progress. In a recent article titled “The Power of Crowds,” published in the journal Science, Dr. Pietro Michelucci of the Human Computation Institute and Prof. Janis Dickinson of the Cornell Lab of Ornithology, discuss how some of the world’s most ‘wicked’ problems could be solved by complex human-computer ecosystems. “We’ve been gathering millions of people online for a while”, says Dr. Michelucci, “Now we are empowering those millions to tackle relevant problems in ways that were not previously possible.” Citizen scientists have already proven they’re up to the task – mapping neurons to reverse-engineer the human brain, discovering impossibly tiny pieces of stardust, or deciphering an HIV-related protein structure that eluded professional researchers for 15 years. So why not take up Alzheimer’s disease (AD) too? Michelucci has teamed up with collaborators at Cornell University, Princeton University, University of California Berkeley, and WiredDifferently to develop WeCureALZ – a citizen science project aimed at making breakthroughs in the search for an Alzheimer’s treatment. Groundbreaking technologies, not enough human eyes Advanced imaging techniques have recently enabled WeCureALZ collaborators at Cornell University to see what happens in blood vessels of a live mouse brain. Quite by accident, an undergraduate who was studying the images happened to visually notice static dark areas in some of the tiny blood vessels, called “capillaries,” indicating that blood flow was apparently stalled. In a view of capillaries visualized for three seconds, stalled ones have dark spots that don’t change from one frame to the next, whereas normal blood flow (ellipse) shows up as changing patterns of black and white stripes, which represent the flowing red blood cells.

In a view of capillaries visualized for three seconds, stalled ones have dark spots that don’t change from one frame to the next, whereas normal blood flow (ellipse) shows up as changing patterns of black and white stripes, which represent the flowing red blood cells. (Credit: WeCureAlz) Such capillary “plugs” could cost the brain up to 30% of its total blood flow. That is equivalent to the dizziness you get while standing up too suddenly. Imagine the brain “feeling” like that all the time! Even more importantly, there is preliminary evidence to suggest that this reduced blood flow is caused by the presence of the amyloid plaques that are commonly associated with Alzheimer's. "Improving circulation could restore natural amyloid clearance," says Prof. Chris Schaffer, a Cornell University biomedical researcher and WeCureALZ collaborator, "This could delay Alzheimer’s progression long enough to not matter in our lifetimes." But to restore brain blood flow we need to understand what causes the blood stalls in the first place. Researchers think they have an idea, but they need to make sure they are on the right track. Capillary images for a thousand blood vessels from one mouse can be generated in just an hour. But it takes at least thirty hours for a lab technician to analyze all those data. Repeating that analysis for a series of experiments, each involving hundreds of data sets, could take decades. This is where you come in. “As humans, we are uniquely suited for certain tasks, such as visual pattern recognition or creative thinking, which today is unmatched by any machine,” says Dr. Michelucci. “On the other hand, computers help us combine those skills into highly collaborative systems, where many people can work together and tackle increasingly hard problems.” Combining the best elements of EyeWire and Stardust@home, two successful citizen science projects, WeCureALZ will enable volunteers to analyze images in the same way that professional researchers do, creating a 3D map of brain vessels and pin-pointing capillary plugs. With thousands of potential citizen scientists out there, decades of research could be completed in just a few years!

Volunteers will help to reconstruct a 3D map of Alzheimer’s brain vasculature, similar to how neurons are mapped in EyeWire. The real power is in ‘the crowd’ Perhaps the most empowering aspect of WeCureALZ is the fact that everyone – including caregivers and early stage AD patients themselves, can help accelerate research that could make a difference in their own lives. If that weren’t enough, the approach that WeCureALZ volunteers will perfect in the next year or so could be used to crowdsource additional biomedical research, including other forms of dementia. “This is just the beginning of what the crowd can do, especially at the dawn of new crowdsourcing technologies” says Dr.Michelucci. In the case of WeCureALZ, the crowd could help end a disease that affects millions, and speed up the research by orders of magnitude. If you are keen to make a difference, follow the pre-registration link at wecurealz.com. Be sure to stay tuned for further news and developments!

Egle Marija Ramanauskaite is a content manager at the Human Computation Institute, a collaborator on the WeCureALZ project.