Everyone and their niece is emailing me that I should post these. (And Aatish in comments.) And a good thing, too, because it usually takes at least half a dozen emails before I will do anything at all. In 1964, Richard Feynman gave the Messenger Lectures at Cornell, aimed at a general audience. They were later collected into The Character of Physical Law, a great little book with a depressingly boring cover. Feynman-worship is often overdone, but man, the guy could lecture. And he knew a lot about physics! The good news is that Bill Gates has now put the full video of the lectures online, as part of Project Tuva. I had to update some software to view them on my Mac, but it seems to be working now. 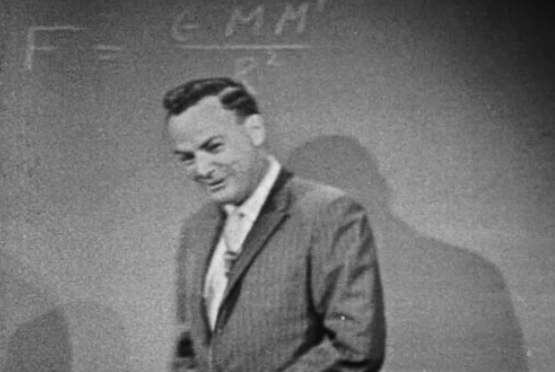 Lecture Five is about the arrow of time. If you skip ahead to the 18th minute or so, you'll hear Feynman explain the Boltzmann Brain argument.