If you weren't sure before, SpaceX has announced that the Falcon 1 launch on Monday was a success, delivering the Malaysian satellite RazakSAT into a low-Earth orbit:

Preliminary data indicates that the RazakSAT, equipped with a high resolution Medium-Sized Aperture Camera (MAC), achieved the intended Near-Equatorial Low Earth Orbit (NEqO) at 685 km altitude and a 9 degree inclination. The payload is expected to provide high resolution images of Malaysia that can be applied to land management, resource development and conservation, forestry and fish migration.

Very cool! I'm glad to see them doing so well. They have a video of the launch online, which is absolutely worth a few minutes of your time. My favorite part is how you can see the Kestrel second stage engine nozzle get red hot; it's designed to cool off radiatively -- that is, literally glow with heat -- and that is very evident in the video.

SpaceX is supposed to launch their much larger and more capable Falcon 9 later this year, the start of a series of tests to get the rocket ready to take humans into space. I'm hoping they can begin doing this around the time the Space Shuttle is retired. NASA screwed up bigtime here, allowing a four to five year gap in their ability to put people in space, and they'll have to rely on others to do it for them in the meantime. Will SpaceX be up to the task? 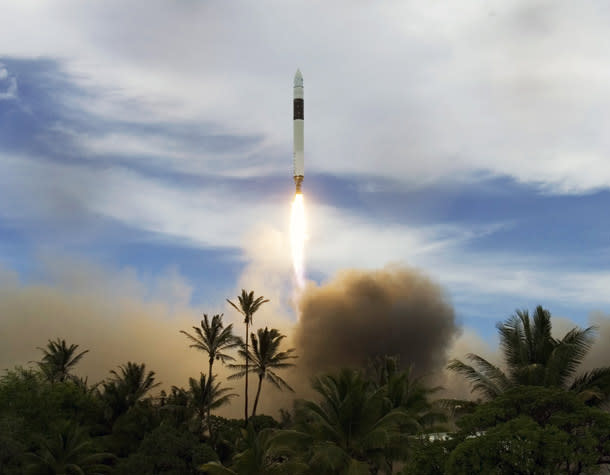