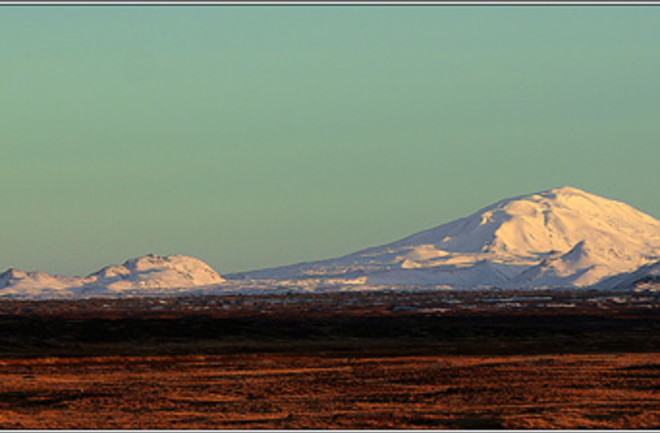 A view towards Iceland's Hekla, seen in September 2006. Image: Lydur Skulason / Flickr. Been rather quiet on the active eruption front over the last few weeks, but that doesn't mean there aren't volcanoes rumblings worldwide. Iceland The media had fun with a statement by Páll Einarsson that Hekla in Iceland is "ready to erupt". Apparently this prediction is based on GPS measurements of deformation and strain measurements at the volcano that suggest that magma is filling the system in shallow levels, which could lead to an eruption. Interestingly, I just read about borehole strain measurements (along with the seismicity) in 2000 at Hekla that were used to forecast an eruption within 17 minutes of it occurring. Normally, I might think that some of this coverage is fear mongering, but it sounds like a lot of the precursory behavior at Hekla is well-documented, so definitely worth watching. Icelandic officials has even put up warning signs around the volcano and a text messaging system has been implemented to warn people of an impending eruption. Hekla has a webcam pointed at it to check on its status. Chile Although it hasn't done much in the way of erupting over the past year, Copahue is still clearly restless. Volcanic tremor, earthquakes and active fumaroles have been consistent at the volcano on the Chilean-Argentine border, but what is likely most concerning to the SERNAGEOMIN is the increasing sulfur dioxide emissions and inflation over the past few weeks. The combination of all these precursory events make it seem like magma is ascending within the volcano, but whether this means eruption or not is still very unclear. The alert status for Copahue sits at Yellow with special attention due to this increasing unrest (one of the many times the alert has been raised over the past year). You can check out the Copahue webcam in case the restlessness increases. Colombia The Volcanology Observatory at Pasto released an interesting bulletin on March 11 about an earthquake swarm occurring along the border between Colombia and Ecuador. The swarm, which at the time of the bulletin had topped 11,000 small events, is located between Chiles and Cerro Negro, two potentially active volcanoes on the frontier of the two countries. The earthquakes are all fairly shallow, 3-5 km below the surface, but whether they are being driven by magma moving or fault motion is still unclear. The two volcanoes are part of a larger complex called Cerro Negro de Mayasquer has active hydrothermal features, however when its last eruption occurs is debatable -- a potential 1936 eruption may have actually been from El Reventador in Ecuador. Other stuff Apparently I'm doing something right as Business Insider put me on a list of the 40 top scientists to follow on social media (along with the likes of Neil Degrasse Tyson and Carl Zimmer).