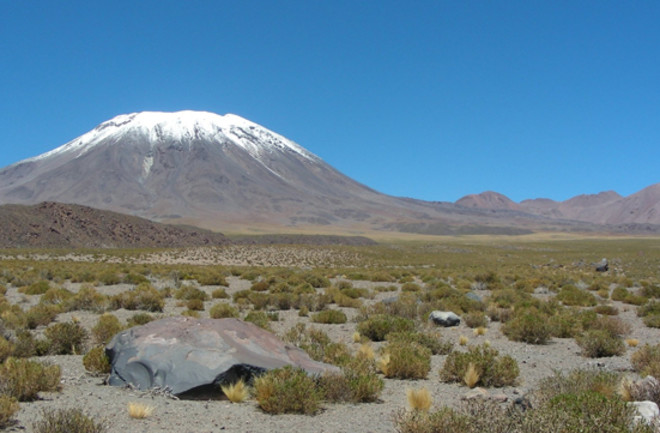 This first came up in the news yesterday, but I thought it deserved its own spot. Lascar, one of the more active volcanoes of northern Chile, was placed on heightened alert status by the ONEMI (Chilean Emergency Management) on advice from the SERNAGEOMIN (Chilean Geologic Survey). The latest report from Lascar says that over 300 small earthquakes (pdf) have occurred at the volcano in the last 26 hours, leading to an elevation of its status to Yellow - however, there have been no indications of increased fumarolic activity at the volcano. Lascar has the potential to produce a large eruptive column - the 1993 eruption sent ash as fall east as Buenos Aires - with pyroclastic flows that could reach nearby towns such as Talabre. The volcano has been through a number of cycles of significant explosive activity over its >43,000 year history. However, recent activity is mostly lava dome formation in the summit crater followed by crater collapse and vulcanian to plinian explosive eruptions such as the major eruption of April 1993. However, it also have the potential to produce small explosions that will only dust ash on the countryside surrounding the volcano as it has done at least 6 times in the last decade. ONEMI is preparing for possible evacuations for people near the volcano - mostly either miners in the area or tourists at San Pedro de Atacama. If anything does occur, there is a webcam pointed at Lascar to see the action. In other news from Chile, it appears that the activity at Callaqui might have been merely very vigorous fumaroles rather than ash. The news in this week's GVP Weekly Volcanic Activity Reportmentioned a pilot seeing an "ash plume" from Callaqui, but the SERNAGEOMIN said they have seen no change in the seismicity (or lack thereof) at Callaqui. OVDAS (the volcano monitoring arm of the SERNAGEOMIN) mentioned that fumaroles are common at Callaqui, especially in certain weather conditions.