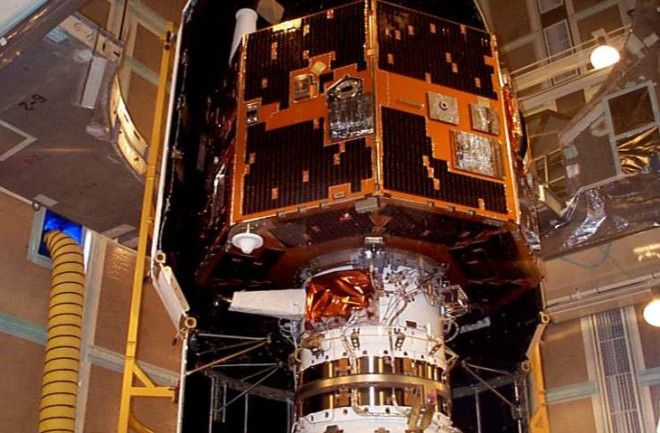 IMAGE prepares for launch in 2000. (Credit: NASA) We’ve all been there: You’re already running late on some hectic morning, only to realize you’ve lost — sorry, misplaced — your keys. Or you realize moments before the big date you can’t find your favorite sweater. It happens to all of us; even NASA has lost whole satellites before. But earlier this week, NASA confirmed the remarkable news that one of its lost satellites, the Imager for Magnetopause-to-Aurora Global Exploration (IMAGE), had been found. And as is often the case with the keys or sweater, it took some time and a different perspective to do it.Spy (space)craft Scott Tilley, according to the Washington Post, was just a regular 47-year-old electrical engineer who spent his spare time looking for spy satellites. He searched the skies for telltale radio signals, hoping the emissions would give away a hidden spacecraft’s locations. Instead, he found IMAGE. Even though NASA had declared the mission over after losing contact in late 2005, this mystery satellite’s radio signals matched perfectly. Naturally, he let the space agency know.

After conducting its own observations and tests, NASA made contact with the satellite and confirmed its identity. Tilley suspects the original problem with the craft’s hardware was fixed over the years after its solar-powered battery drained sufficiently enough to trigger a reset. NASA hasn’t talked about that, though.

Instead, the agency has focused on the new scientific opportunities. When they made contact, while confirming the satellite’s identity, they could access some of its data, meaning there’s a chance they could actually continue the ship’s original mission. Launched in 2000, IMAGE was our first good look at Earth’s magnetosphere, normally invisible to astronomers. Originally only meant for a two-year mission, NASA extended that after initial scientific successes. Hardware and operating systems have moved on significantly in 18 years, but NASA’s confident they can access the craft’s existing data, and possibly even continue to study Earth. It’s enough to give even this serial key-loser hope.