Life hangs on outside the International Space Station. 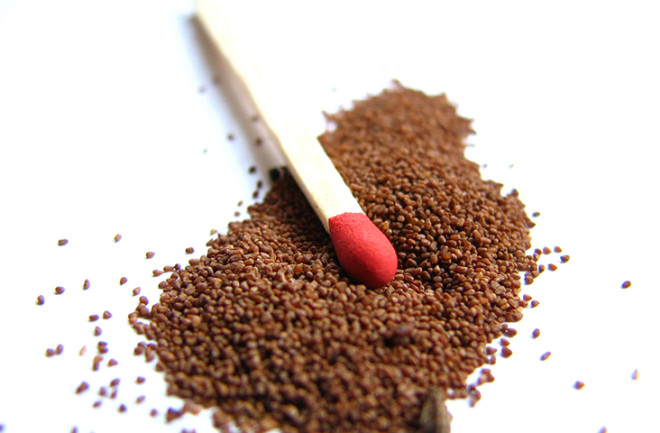 Space is a deadly environment. Its airless vacuum forces the water out of most cells, and temperatures fluctuate rapidly from below freezing to over 100 degrees Fahrenheit. Not to mention the radiation: In low Earth orbit, the sun’s ultraviolet rays hit DNA 1,000 times more intensely.

But, if organisms could somehow survive exposure to those conditions, it might mean that life on Earth could have come from elsewhere in the solar system, perhaps ferried by a meteorite. In several rounds of tests between 2008 and 2016, scientists used experiments mounted outside the International Space Station to find out if organisms could survive as interplanetary stowaways or even buried in Martian soil. A handful of species have shown they might be up to the challenge.

Bacteria Take to the Shade

Bacteria like Bacillus subtilis form tough spore shells to protect themselves from hostile environments on Earth. In a 2008 test, several layers of spore samples were subjected to an 18-month trip on an ISS experimental platform called EXPOSE, which can simulate Martian sunlight and atmosphere. Survivors were rare among those fully exposed to solar radiation on the upper layer, but as many as half the spores sheltered on the lower layers survived.

That means bacterial spores could survive the ride from Mars, protected by cracks or pits on a meteorite — and there’s a chance they could survive on Mars, as well. Another EXPOSE test returned earlier this year after subjecting the desert-loving blue-green algae Chroococcidiopsis, which are related to bacteria, to 18 months of Mars-like atmospheric conditions. Those results are still being analyzed.

Microscopic black fungal cells, found in the cracks of Antarctica’s rocks, might also survive on Mars — but just barely. In the same 2008 experiment, two species of black fungi spent 18 months hanging outside ISS on the EXPOSE platform. About 60 percent of the cells returned to Earth with their cell membranes intact and the DNA inside still stable. But even with some radiation shielding, only 2 to 9 percent of the fungi exposed to Martian conditions managed to reproduce and form colonies. After exposure to the full force of Martian UV rays, less than 1 percent formed new colonies.

Plants Rise to the Challenge

It turns out even some plant seeds can survive a trip through space. Seeds from tobacco plants and from a relative of the mustard plant also rode outside the ISS during the same 18 months on the EXPOSE platform, and 23 percent managed to sprout afterward. They grew slowly and produced fewer seeds, but their offspring, raised on Earth, turned out normal and healthy.

Lichens Hang In There

Lichens like Xanthoria elegans thrive in harsh environments like Antarctica and the high peaks of the Himalayas. No water? Lichens survive in a dormant, dehydrated state. Too much sun? Some produce a compound called parietin, which absorbs blue and UV light and protects cells from damage.

X. elegans survived 18 months strapped to the outside of the ISS in the EXPOSE experiment. Some 71 percent of the plant cells and 84 percent of the fungal cells showed signs of life afterward, and about half the cells were able to restart normal photosynthesis after rehydration.

Tardigrades Tough It Out

Tardigrades are tough little animals that live all over Earth. They can go dormant to survive years of being dried out, and they can handle extreme temperatures and radiation. In 2007, tardigrades survived 10 days exposed to open space outside the European Space Agency’s FOTON-M3 spacecraft.

When tardigrades were shielded from the sun’s harshest rays, they fared well. Sixty-eight percent revived after rehydration back on Earth, but many didn’t last long afterward. The survivors laid fewer eggs than normal, but those eggs all hatched healthy baby tardigrades.

[This article originally appeared in print as "Surviving One Strange Trip"]