Does singing along to your favorite songs make you a worse driver? 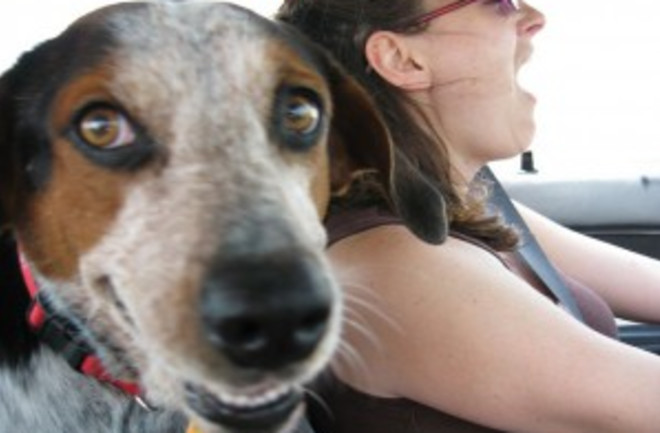 Image: Flickr/Aka HigeYou're speeding down the highway, belting out the lyrics of your favorite song. Seems like a harmless way to while away the miles--but can singing along to your favorite tunes harm more than your passenger's ears? To test whether singing makes people worse drivers, these scientists put people into a driving simulator and measured their performance while just driving, driving and listening to music, or while singing along. Turns out that singing did interfere with driver's ability to avoid hazards... but no more than just listening to music. So when the driving gets tough, good drivers get silent.A simulator study of the effects of singing on driving performance. "This study aimed to investigate how singing while driving affects driver performance. Twenty-one participants completed three trials of a simulated drive concurrently while performing a peripheral detection task (PDT); each trial was conducted either without music, with participants listening to music, or with participants singing along to music. It was hypothesised that driving performance and PDT response times would be impaired, and that driver subjective workload ratings would be higher, when participants were singing to music compared to when there was no music or when participants were listening to music. As expected, singing while driving was rated as more mentally demanding, and resulted in slower and more variable speeds, than driving without music. Listening to music was associated with the slowest speeds overall, and fewer lane excursions than the no music condition. Interestingly, both music conditions were associated with slower speed-adjusted PDT response times and significantly less deviation within the lane than was driving without music. Collectively, results suggest that singing while driving alters driving performance and impairs hazard perception while at the same time increasing subjective mental workload. However, singing while driving does not appear to affect driving performance more than simply listening to music. Further, drivers' efforts to compensate for the increased mental workload associated with singing and listening to music by slowing down appear to be insufficient, as evidenced by relative increases in PDT response times in these two conditions compared to baseline." Related content: NCBI ROFL: An unusual perversion: the desire to be injured by an automobile operated by a woman. Flashback Friday: Feet rolled over by cars: radiological and histological considerations from experiments. NCBI ROFL: Penguins on treadmills. Need we say more?