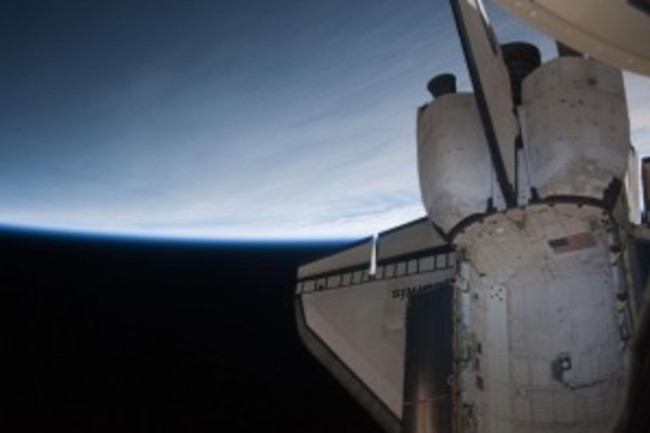 The last scheduled launch of the Space Shuttle Discovery has been set for February 24 at 16:50 Eastern time. You can keep up with the latest info and NASA's launch blog on their Shuttle website. The launch will be live, as usual, on NASA TV. As it happens I'll be on a plane traveling to Florida to visit family at that time, so ironically I'll be headed toward the launch but won't be able to see it. The launch window is a very short ten minutes, so if they delay it at all maybe it'll be for a day and I can see it. The mission is to go to the International Space Station, as all the final flights have been. I just found out that if all goes as planned, Discovery will have spent a total of 363 days in space, just short of a solid Shuttle-year. That's pretty amazing. This flight has been much-delayed due to external tank problems, but NASA says those have been fixed. It'll be carrying components of the ISS up to orbit, as well as Robonaut 2, a human-like robot designed to help astronauts in space and hunt down Sarah Connor. Not disturbingly at all, you can follow R2 on Twitter too.