The first-ever image of a black hole, face-to-face with an ancient ancestor and more.

The single most compelling science image of the year is indisputable. The first picture of a black hole, released by the Event Horizon Telescope, was a staggering feat requiring hundreds of scientists and multiple observatories spread across the face of the Earth. The resulting image, of the supermassive black hole at the heart of the M87 galaxy, is the first time humanity has gazed into the impenetrable darkness at the heart of one of the universe's most mysterious phenomenon.

But 2019 saw other momentous events as well, from the shockingly complete skull of a 3.8-million-year-old human ancestor to the conflagrations that swept through the Amazon, burning thousands of square miles of precious rainforest.

These are Discover's picks for the images that defined science, and our world, in 2019. 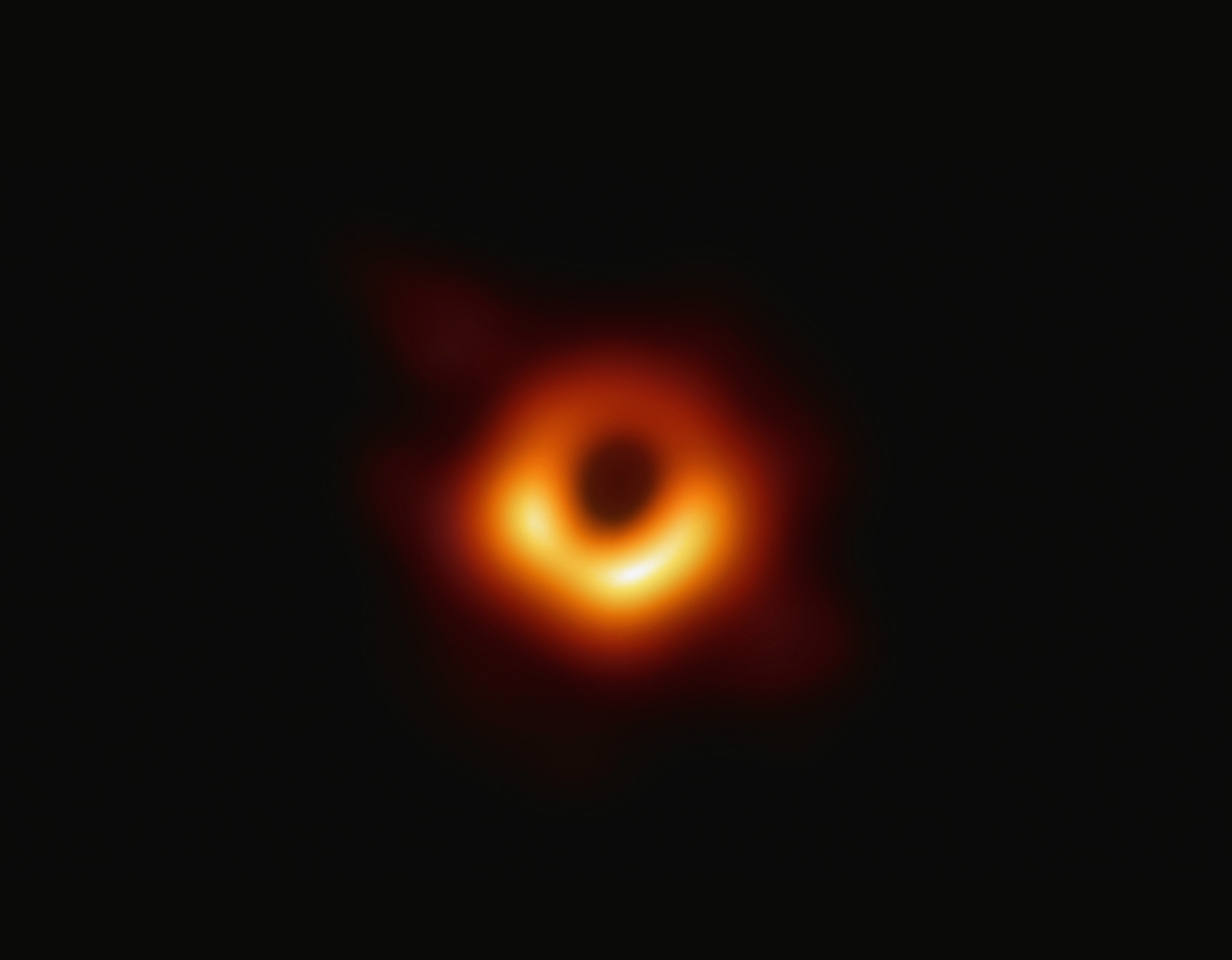 The Event Horizon Telescope released the very first image of a black hole in April. The international collaboration used a network of telescopes across the planet to observe the supermassive black hole at the center of the M87 galaxy 55 million light-years away from Earth.

The bright ring is the accretion disk of material swirling around the black hole. Intense gravity warps the disk, bending the light into the asymmetrical shape seen here. It almost exactly matches scientists' models of what the black hole should look like. 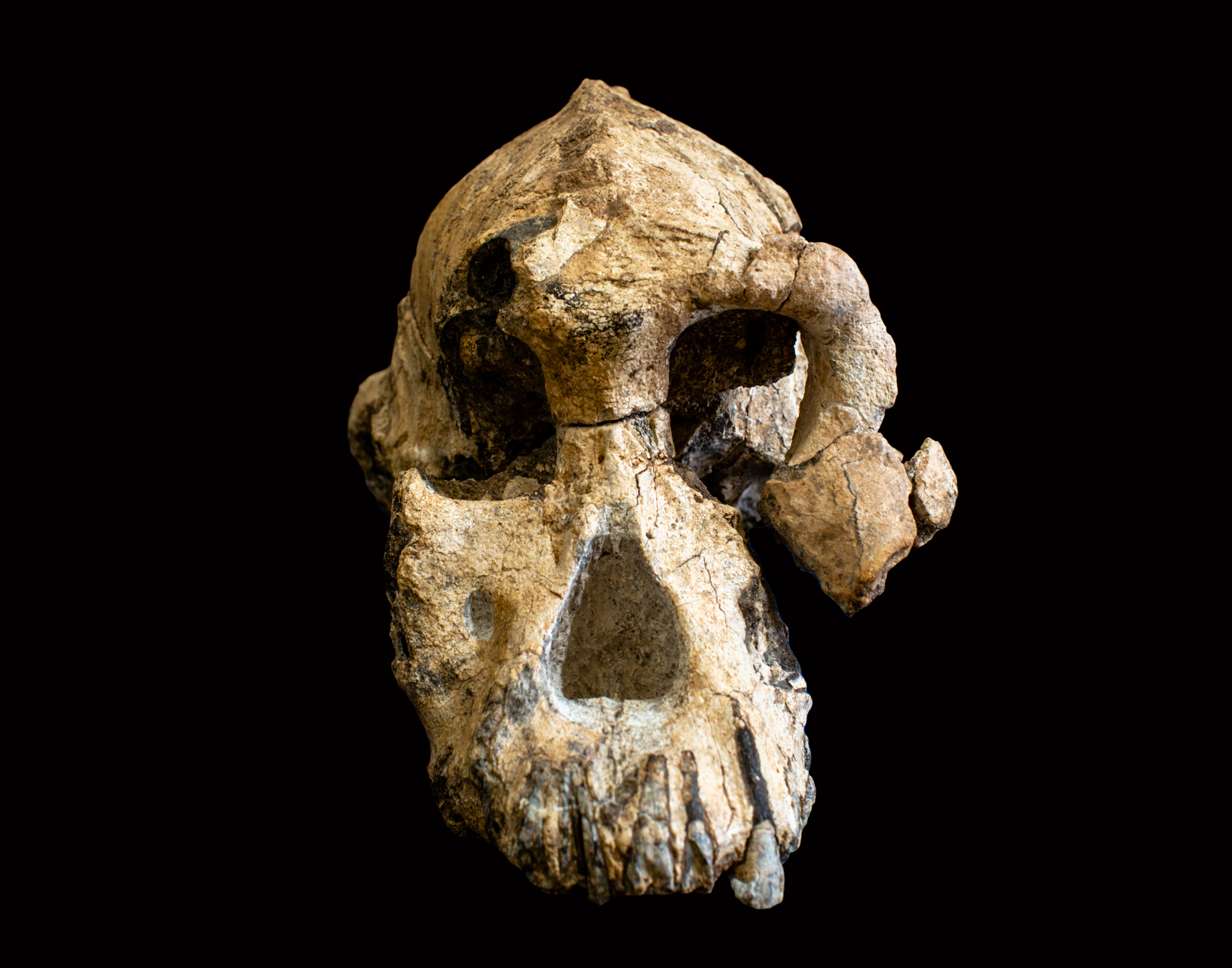 Announced in August, this 3.8 million-year-old fossil is the first skull of Australopithecus anamensis to be found. Its discovery in Ethiopia is revising what we know about this distant human relative. 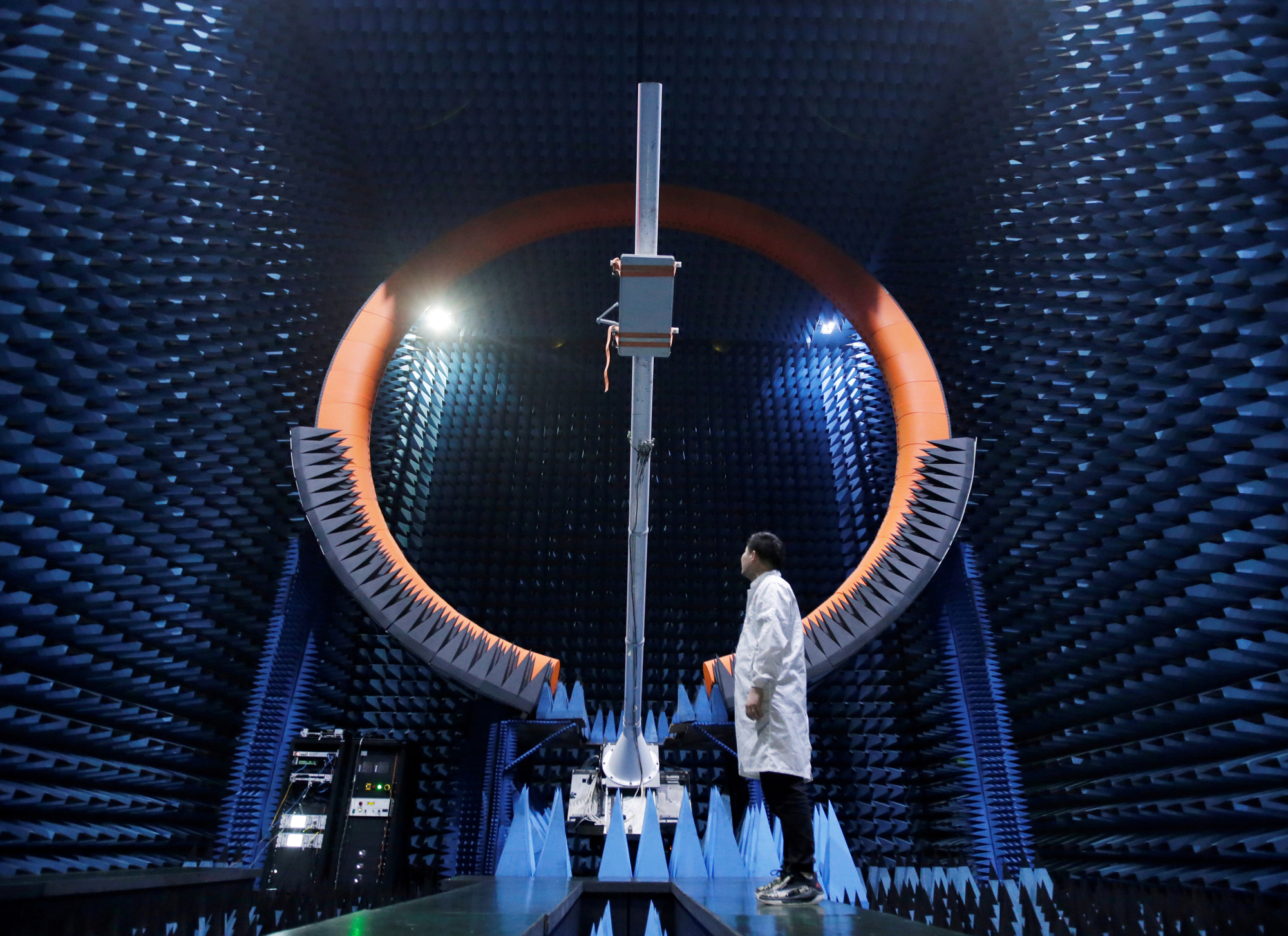 Photographed in May in Dongguan, China, an engineer stands beneath a 5G base station antenna that’s part of a state-of-the-art testing facility for controversial telecom giant Huawei. 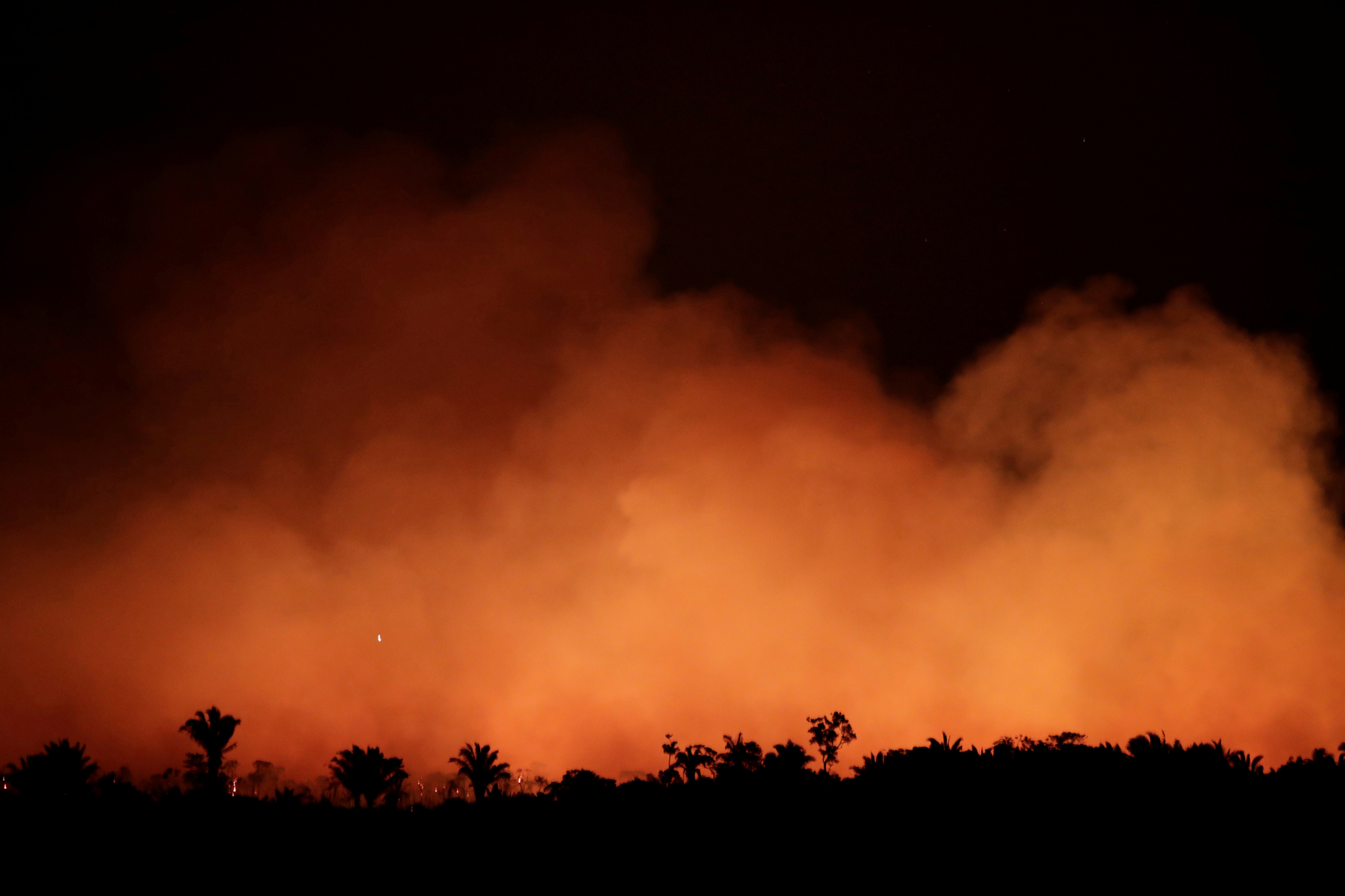 More than 30,000 fires burned across wide swaths of the Amazon Basin in August, a nine-year high. Often called the “lungs of the planet,” the dense forest is under threat from human activities: Most of the fires appear to have been intentionally set by farmers looking to clear land. 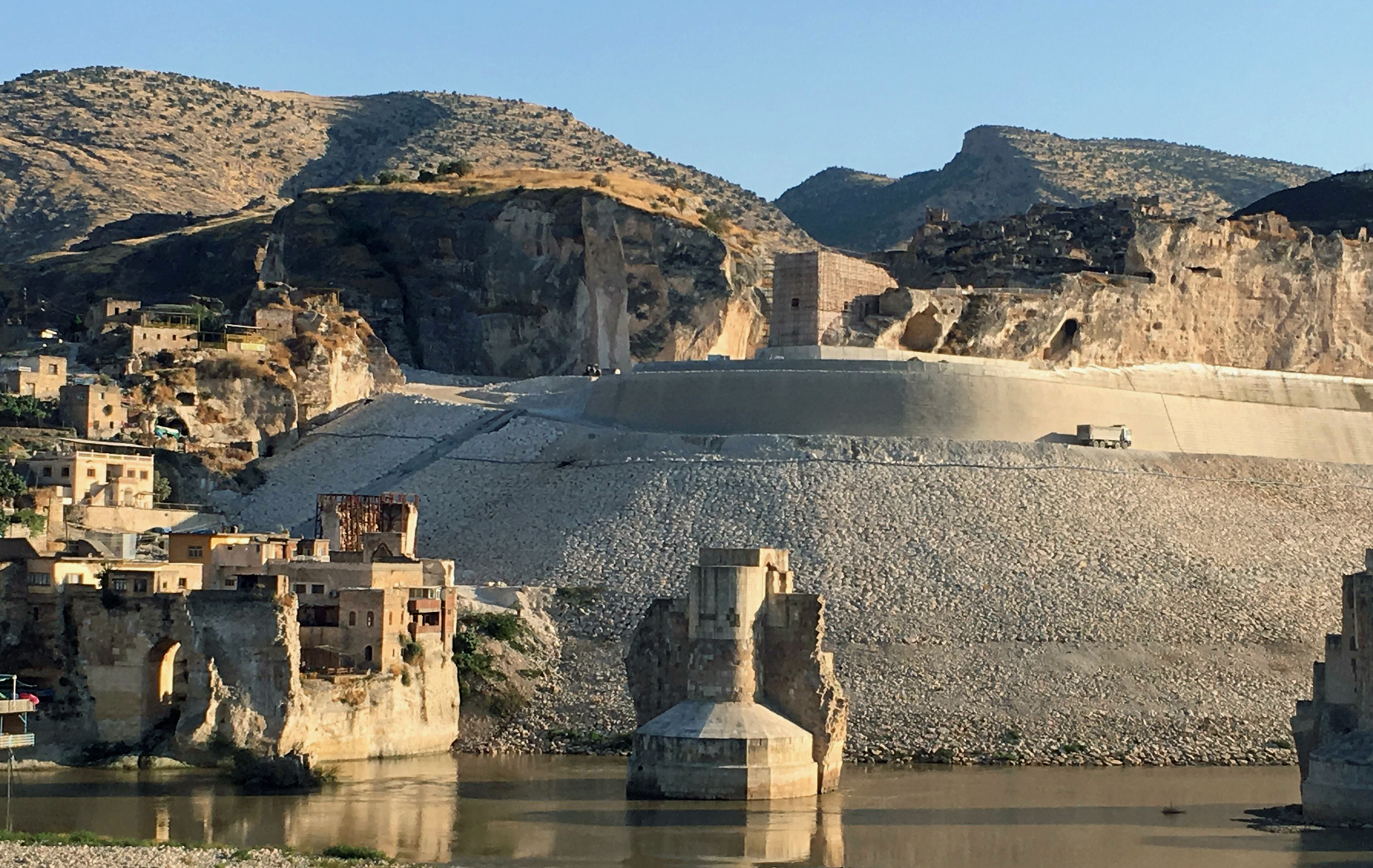 Among the cities and towns to be flooded as a mega dam on the Tigris River comes online: the ancient Turkish city of Hasankeyf, which has been inhabited for up to 12,000 years. When the reservoir reaches full capacity, everything below the newly built retaining wall will be submerged. 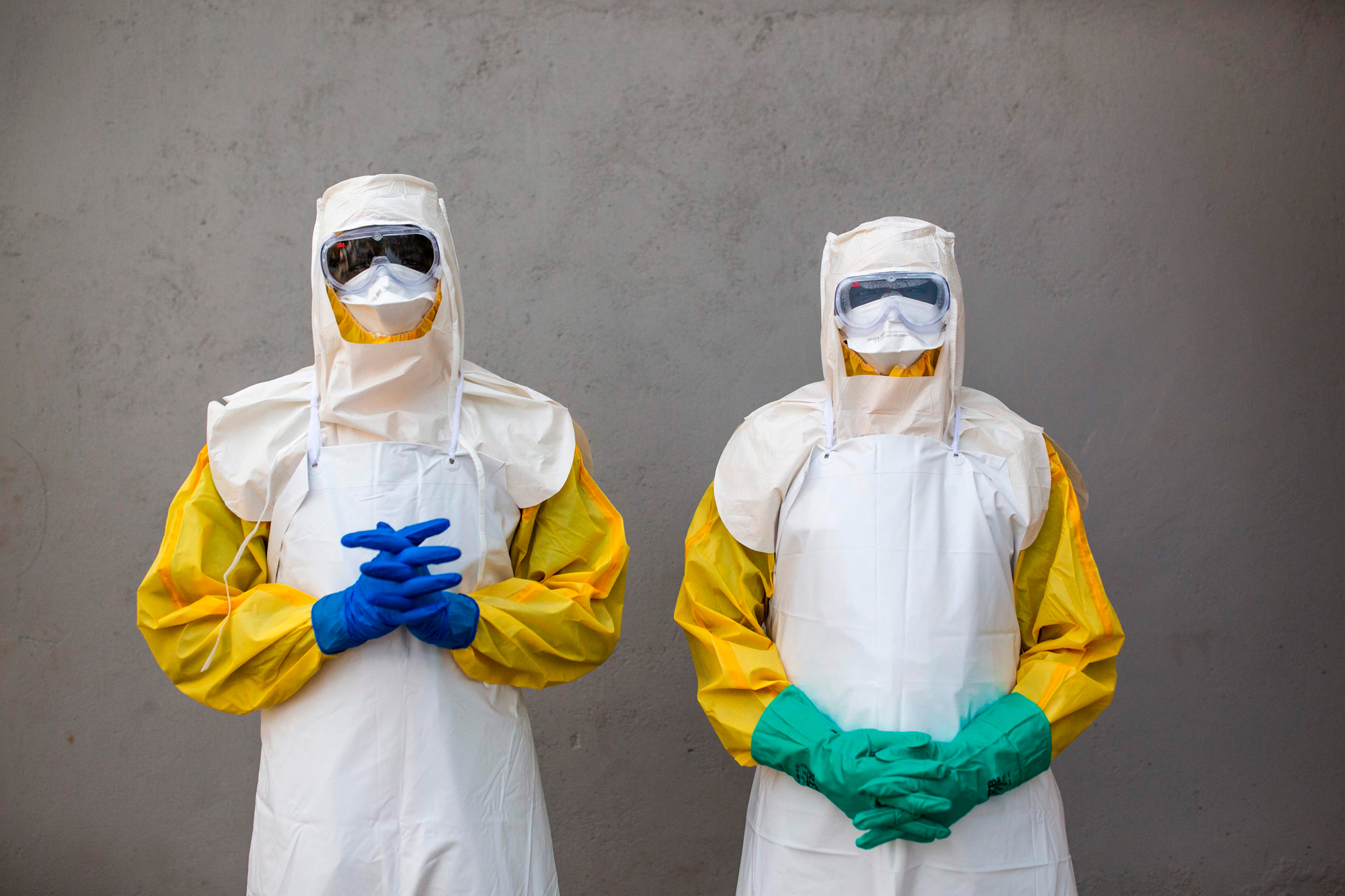 Staff members from South Sudan’s Health Ministry pose during an Ebola preparedness drill in August. The second-largest-ever outbreak of the disease was raging just over the border in Congo, claiming more than 2,000 lives. 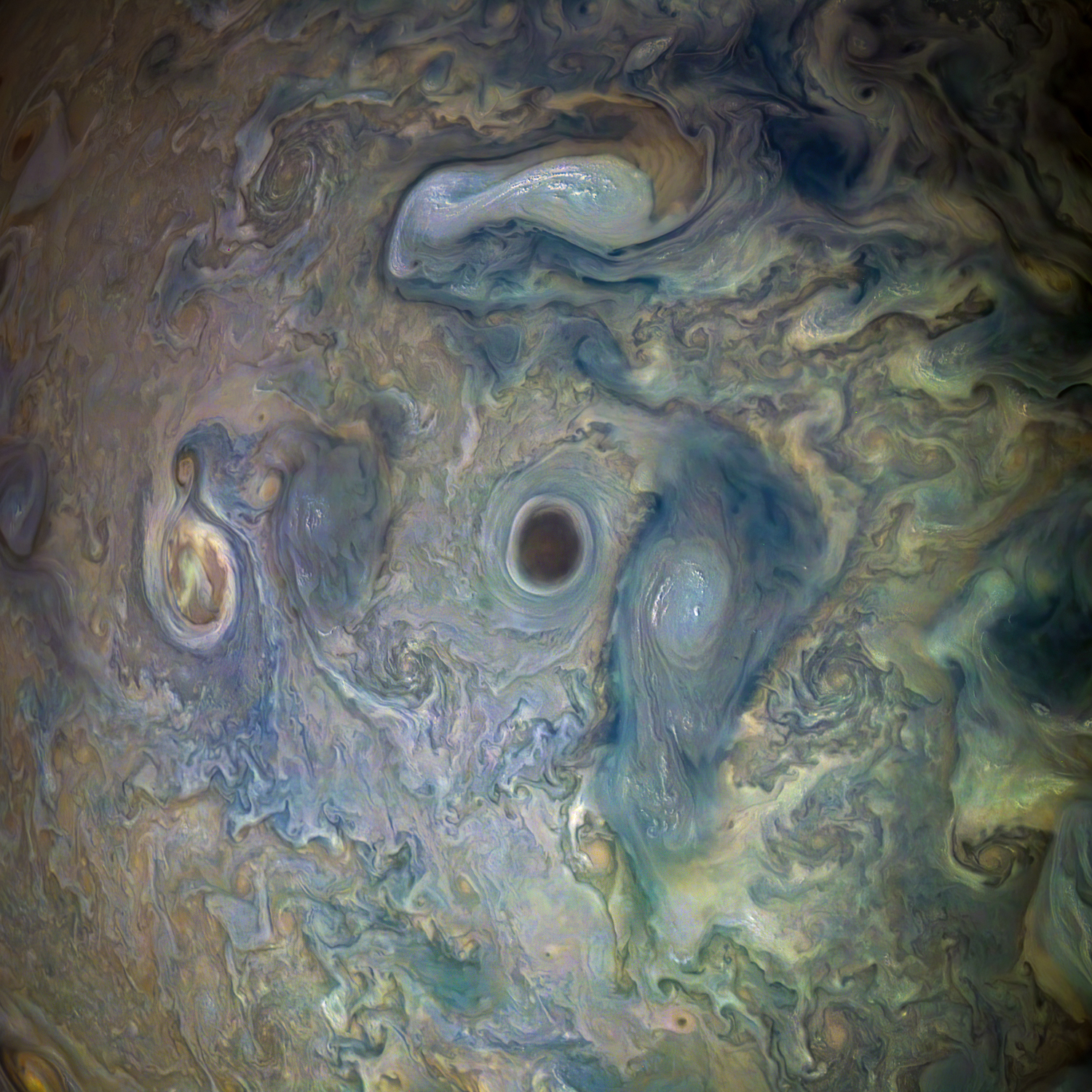 Citizen scientists processed raw data collected on May 29 by NASA’s Juno spacecraft to create this color-enhanced close-up of Jupiter. Sunlight kisses bright high-altitude clouds around a vortex with an ominously dark center. 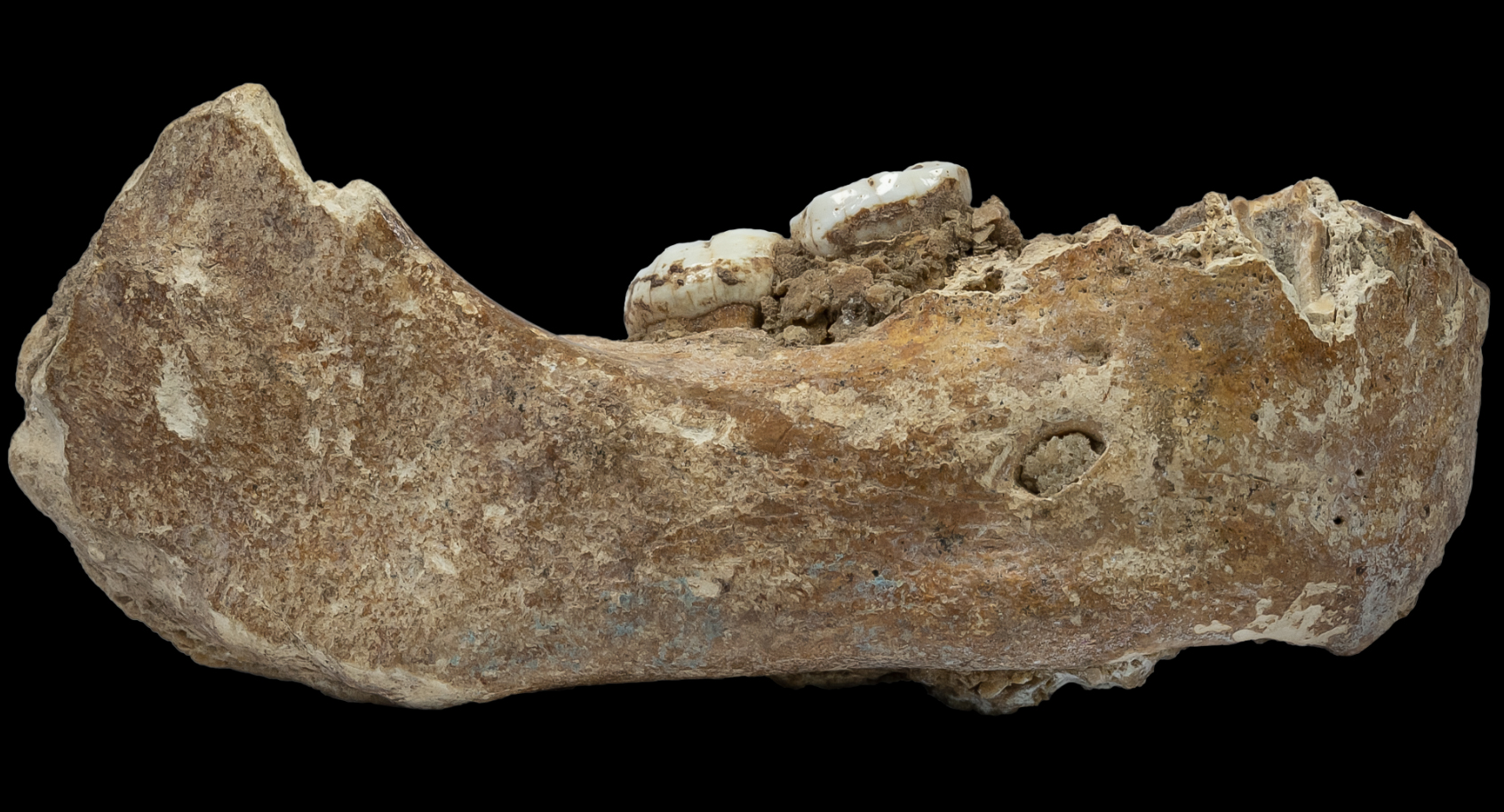 A jawbone belonging to the mysterious human cousins known as Denisovans. Found in a cave high on the Tibetan Plateau by a praying monk, it is the first evidence for the elusive lineage of humans outside of Siberia. The find not only expands the known range of Denisovans, it also proves they were capable of living at extreme altitudes long before humans conquered the heights. 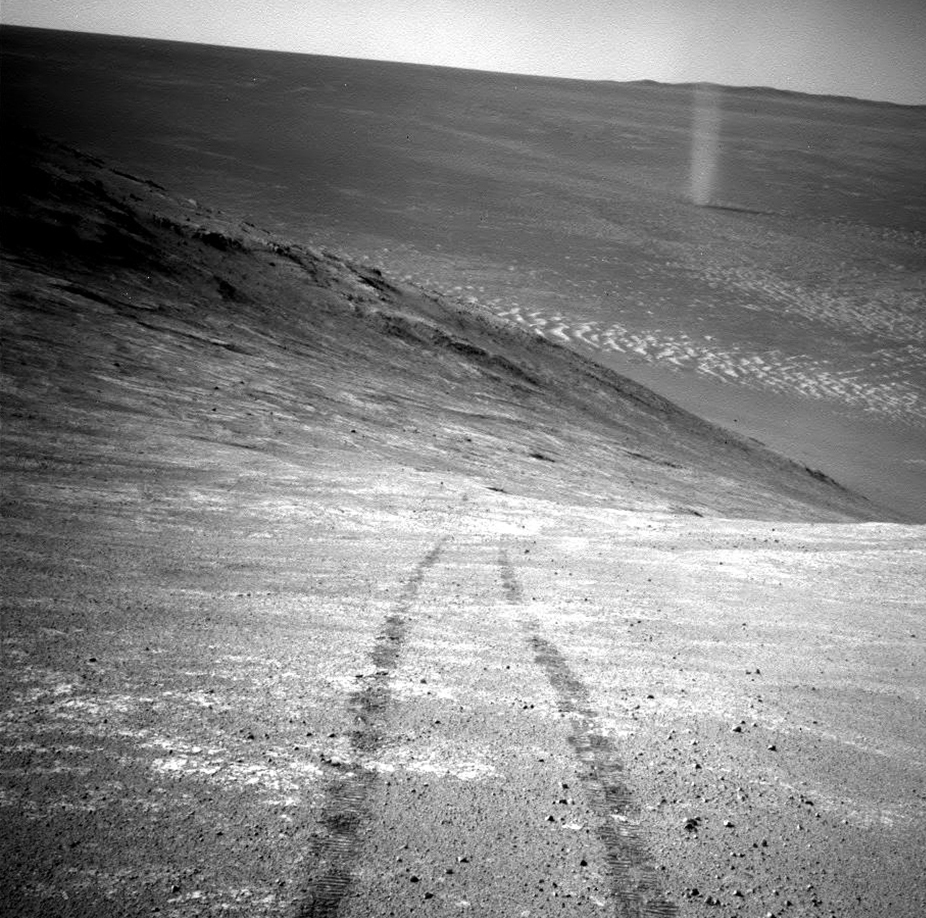 NASA's Opportunity rover, expected to last 3 months on Mars, persevered for 15 years. The rover finally went silent in February. Over the course of its mission Opportunity traveled 28 miles across the planet's rugged terrain, sending back images and data invaluable for scientists. The rover found definitive evidence for liquid water on Mars' surface and helped advance the search for life there.

For scientists involved with the mission it was a bittersweet farewell. "They gave us a planet," said former Mars rover driver team lead Scott Maxwell. 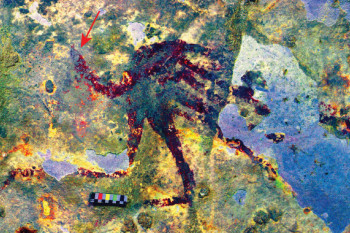