Discover's Images of the Year 2018

The best of science in pictures this year, from the last breath of the last of a species to an interplanetary road trip. 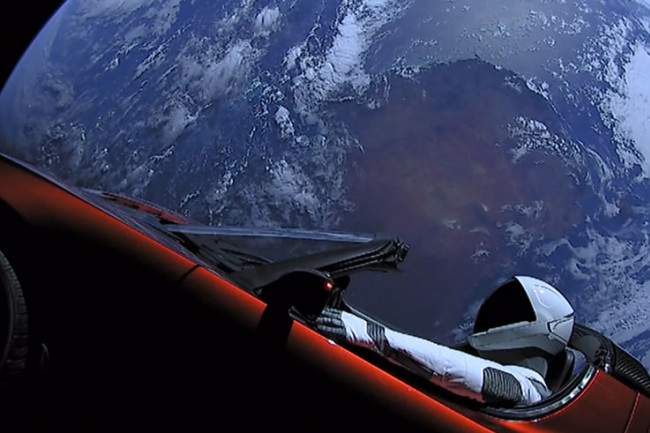 When the SpaceX Falcon Heavy launched on its maiden test flight from Florida in February, it was packing more thrust than any rocket since the mighty Saturn V, which sent astronauts to the moon.

At the wheel of its payload — a Tesla roadster owned by SpaceX CEO Elon Musk — was a space-suited mannequin named Starman. For a few hours, remote cameras beamed down live pictures of the jaunty driver and his red car as they sped on an orbital path that will take him beyond Mars. 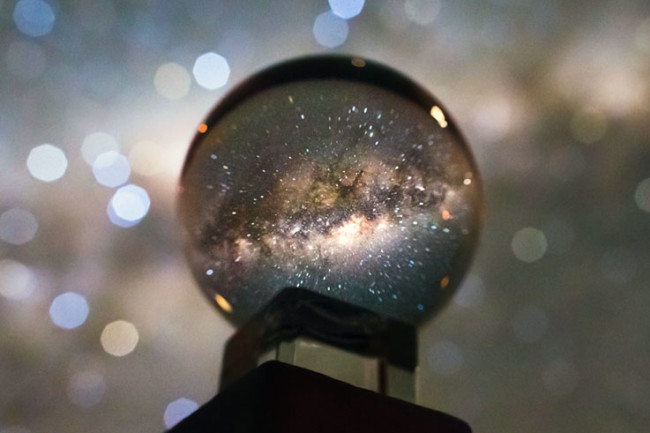 A plain crystal ball at a Santiago flea market recently caught the eye of astronomer Juan Carlos Muñoz-Mateos, who studies galaxy formation from the Paranal Observatory in Chile. He works with the world’s most advanced telescopes, and he saw the common glass sphere’s potential as a different kind of astrophotography lens.

A few nights later, he placed it on a handrail outside the observatory, focused his camera on the ball and made this 30-second-exposure photo, trapping the Milky Way in a cosmic marble against its own backdrop. 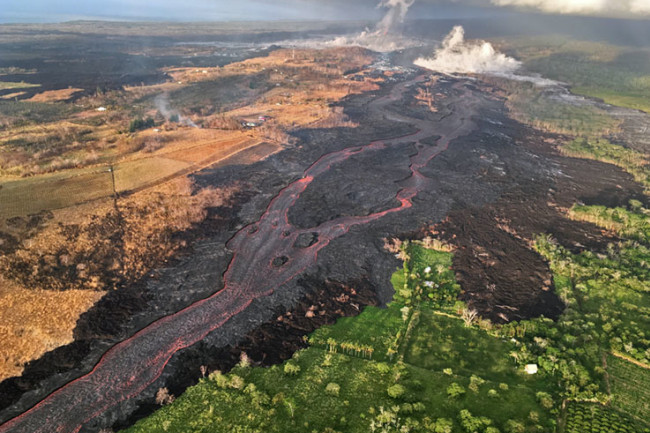 In May, for the first time in over 50 years, fissures opened and lava poured from the lower East Rift Zone of Hawaii’s Kīlauea volcano. Lava traveling across the Big Island’s southeast corner has since destroyed at least 700 homes and filled in an entire bay. By mid-August, the eruption had added 875 acres to the island.

It was the biggest eruption in the U.S. since Mount St. Helens, more than 40 years ago.

There's no reason to worry, though. The U.S. Geological Survey tweeted in June that volcanic activity across the planet is not increasing and any perceived uptick is just the result of more monitoring and reporting, including such events “blowing up” on social media. 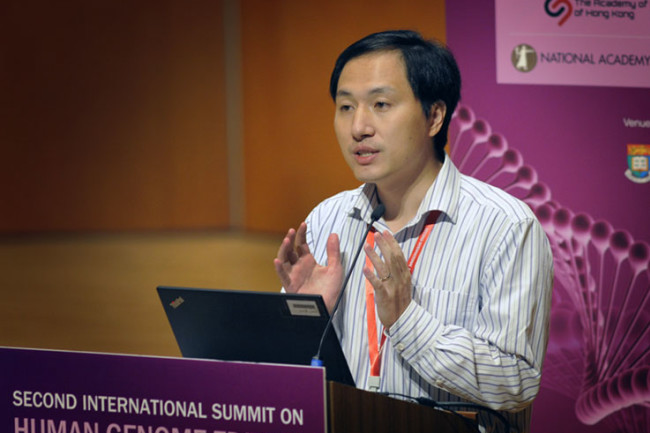 Chinese researcher He Jiankui used CRISPR to edit the genomes of twin girls while they were embryos to give them resistance to HIV. It was the first time genetically modified babies were brought to term, and the move brought sharp condemnation from other scientists.

He is shown here presenting his work at the Second International Summit on Human Genome Editing in Hong Kong in November.

The work has yet to be peer-reviewed, and the identities of the twin girls are being kept secret. Researchers worried that the work was premature, and rebuked He for undertaking such a bold step in human genetics without what they say was proper oversight. There are also questions as to whether parents involved in the experiment were adequately informed. 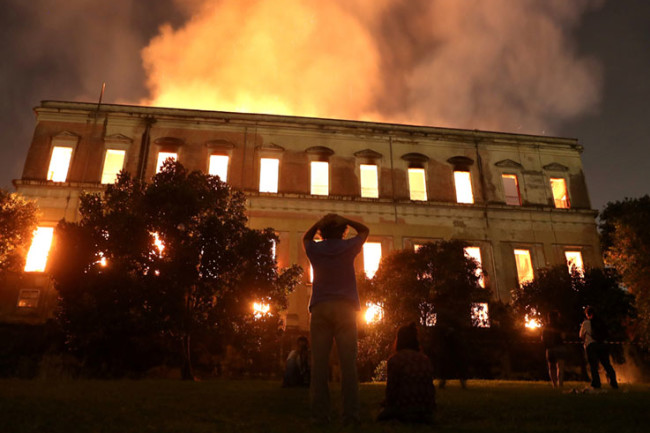 Flames engulf Brazil’s National Museum in Rio de Janeiro in early September as horrified onlookers watch helplessly. The blaze destroyed most of the roughly 20 million items in the collection, the largest in South America and more than twice as big as that of the British Museum.

Artwork, unique fossils, zoological specimens and entire cultural histories were lost. Funding cuts for maintenance likely contributed to the fire’s intensity and the institution’s future is uncertain. The devastation was a tragedy for the world and serious blow to science. 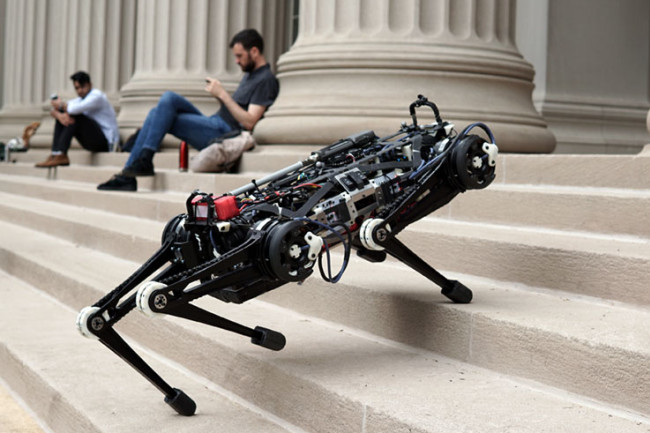 No eyes are no problem for the dog-sized robot Cheetah 3, which adeptly climbs stairs during a test run at MIT earlier this year.

The 90-pound machine, a creation of mechanical engineer Sangbae Kim and his team, doesn’t need to rely on cameras or other external sensors. Instead, the robot understands its environment using internal gyroscopes and accelerometers, plus a precise sense of leg position. Cheetah 3 can leap to a 30-inch platform, navigate irregular terrain and stay balanced if shoved. 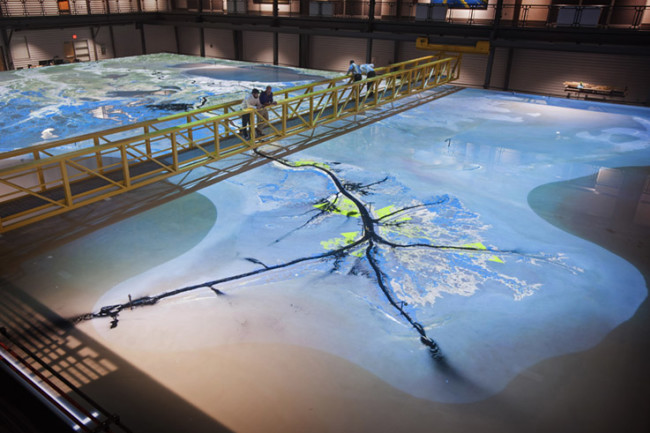 It was ready for research use in early 2018. In the model, artificial soil acts like real silt, and one year of river time equals just one hour of model time.

“It allows us to investigate different scenarios to see how the river responds, not just in a couple months but in five, 10, 25, 50 years,” says Clint Willson, the LSU professor who will head the research. 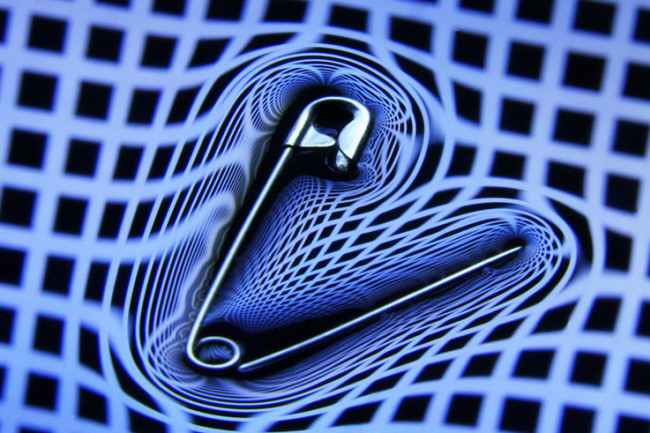 Photographing a metal safety pin floating on water isn’t easy, even with surface tension on your side. Physics teacher Richard Germain built a light source covered with a grid of black squares to demonstrate the distortion created when an object bends but does not break the water’s surface.

Then he used tweezers to gently place the pin in a cooking pot full of water. The slightest vibration would quickly sink his efforts. Eventually, he captured the concept without any digital trickery.

“A science photo has to be a very truthful witness of reality,” says Germain, who uses his photos to demonstrate concepts to his high school students in Vaudreuil-Dorion, Quebec. 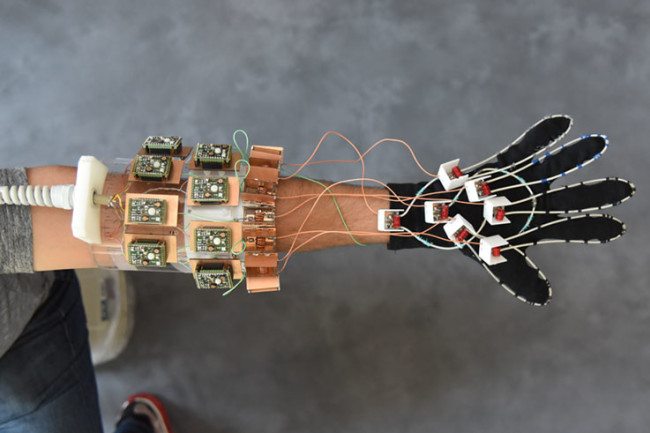 For most patients, getting an MRI means holding still while a massive machine scans a body part, building an image one slice at a time.

But researchers at the New York University School of Medicine have engineered a novel MRI design woven into a flexible glove that, for the first time, captured detailed images of moving joints. The device could diagnose repetitive strain injuries and help create a more versatile model of hand anatomy, the researchers say. 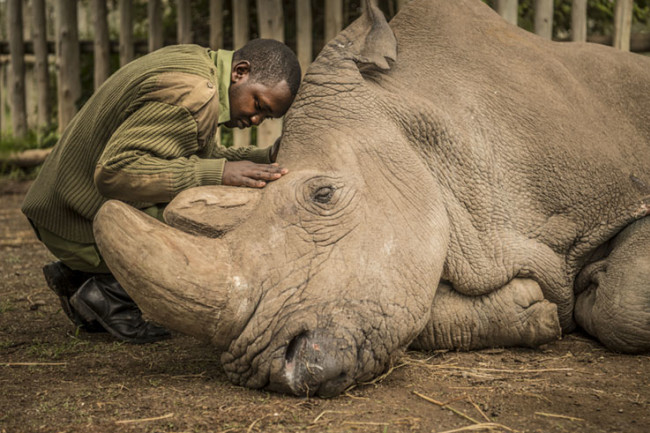 Wildlife ranger Joseph Wachira comforts Sudan, the world’s last male northern white rhinoceros, in his final moments. Sudan, 45, was euthanized at the Ol Pejeta Conservancy in Kenya on March 19, after a series of infections and age-related maladies left him unable to stand.

During his lifetime, spent almost entirely in captivity, Sudan's subspecies went extinct in the wild because of habitat degradation and poaching. But northern white rhinos may get a second chance: Researchers hope to use modified in vitro fertilization to resurrect the subspecies. 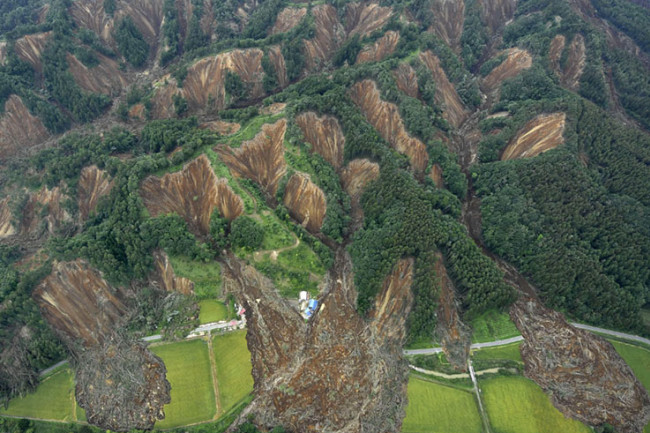 In September, a 6.7 magnitude earthquake struck Japan’s northernmost main island, Hokkaido. Only days before, Typhoon Jebi had soaked the area, including the town of Atsuma where the soil contains a loosely structured layer of volcanic ash. It was a deadly combination.

The intense precipitation increased the water pressure within the soil, which can lead to landslides, according to Kyoji Sassa, a Kyoto University expert in soil mechanics.

Another trigger? The shear stress caused by earthquakes. Atsuma experienced both, causing hillsides to collapse throughout the region in a matter of hours. The devastation, visible throughout this image, stretched for several square miles. According to Japan’s Fire and Disaster Management Agency, 41 people died; 36 were in Atsuma. 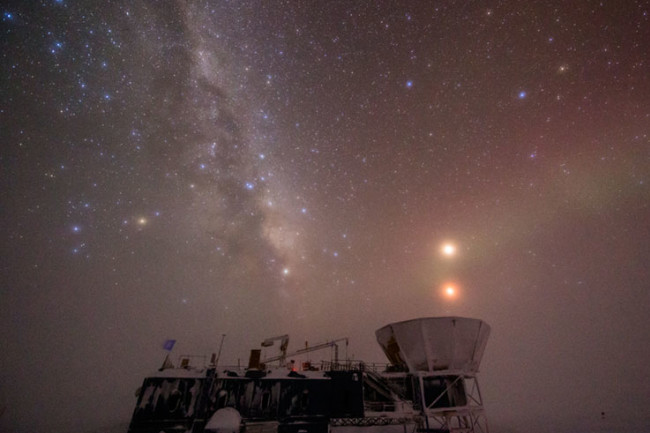 Antarctic researcher Robert Schwarz, who has spent 14 winters at the geographic South Pole, knew last July’s lunar eclipse would be something special. Not only would Earth’s shadow pass over the moon, but Mars was also unusually big and bright in the sky, making for a cosmic double feature.

To capture Mars as it shone above the eclipsed moon at the South Pole, Schwarz spent several frigid hours outside in 25-knot winds, withstanding temperatures of minus 50 degrees Fahrenheit.

The astrophysicist’s day job, conducted in much warmer conditions, involves studying the cosmic microwave background — the Big Bang’s leftover energy — using the Keck Array telescope, which is housed within the Spirex Tower, visible directly below Mars and the moon. 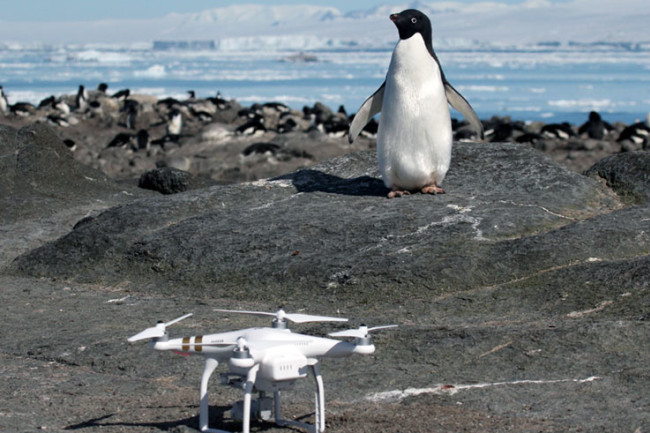 About 30 seconds after scientists landed this quadcopter on Antarctica’s tiny Brash Island, an Adélie penguin waddled up from its colony for a closer look.

“Adélie penguins have no natural land predators in Antarctica,” says Stony Brook University Ph.D. student Rachael Herman, explaining why they can be indifferent to, or curious about, human activity. Drones such as this one were new tools for Herman and her multi-institution team, which determined that the Adélie colonies on this remote island chain were far larger than previously thought.