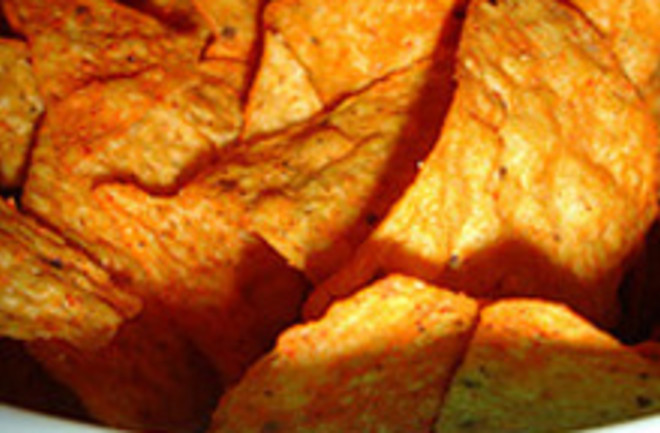 When NASA launched the Voyager spacecraft in the late 1970s, they included record players and a "golden record"—if aliens could figure out how to operate a phonograph, they could hear the beautiful sounds of human language and classical music. But forget that highbrow nonsense: Scientists from the University of Leicester and the European Incoherent Scatter Scientific Association are going to show the universe the true nature of humanity—eating Doritos. As part of its Doritos Broadcast Project, the chip company elicited people in the U.K. to make an advertisement for E.T. A man named Matt Bowron won, and yesterday the Europeans started broadcasting the message from radar stations in northern Scandinavia toward a solar system in the Ursa Major constellation, about 42 light years away. Conventional TV stations plan to air his ad for earthling viewers during one of the Euro 2008 soccer matches. Kudos to Doritos for putting up the money so that scientists could play around with sending messages to distant solar systems. But chowing down on chips flavored with artificial cheese in humanity's introduction to a new solar system feels a little bit like wearing an Iron Maiden T-Shirt and camouflage cutoffs to the prom. Besides, what if Doritos no longer exist by the time aliens cross the galaxy to pick up a pack? Even Twinkies only last a month. No one knows how E.T. is going to watch this ad, either. Let's just hope that by the time the interstellar communique arrives, any alien civilizations in the area are advanced enough to have invented satellite TV, but not advanced enough to have sworn it off. Either way, we should probably warn them that the fake cheese sticks on your fingers.