Curiosity Rover May Have Carried Bacterial Life to Mars 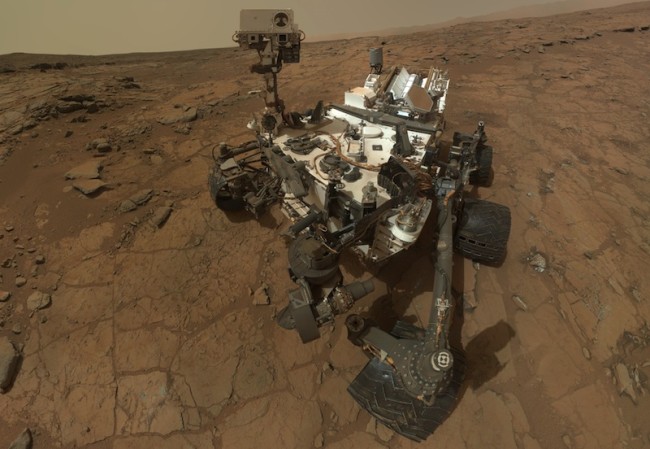 We humans are known to be pretty generous with our germs. Just as the transatlantic explorers of old unknowingly brought diseases with them to the so-called New World, it turns out NASA sent the Curiosity rover to Mars with its own germs — 377 strains of 65 bacteria species, to be exact, according to a recent analysis of swabs taken before the rover launched. The discovery will go toward making future missions cleaner, as well as revealing a little more about the crazy stuff life can endure.

Despite the rigorous scrubbing all NASA machinery gets before launching, it’s inevitable that some bacteria will persist. After Curiosity’s cleaning (which admittedly could have gone a little better

) researchers swabbed the car-sized rover’s surfaces to see what bacteria they might have missed. And a few of the stowaways seem likely to have survived the trip to Mars. As a Nature News

Most were related to the genus Bacillus. In the lab, scientists exposed the microbes to desiccation, UV exposure, cold and pH extremes. Nearly 11 percent of the 377 strains survived more than one of these severe conditions. Thirty-one per cent of the resistant bacteria did not form tough, protective spore coats; the researchers suspect that they used other biochemical means of protection, such as metabolic changes.

This is the first time scientists had ever looked at all the actual microbes collected from Curiosity. The study describing this work was presented this week at the American Society for Microbiology meeting

The problems with sending our bugs into space are twofold, as Popular Science

Scientists don't want to contaminate other planets with Earth life forms. They also don't want contamination in their own instruments, which could make it appear that they have detected alien life when they're really only measuring Earth-origin hitchhikers.

in 6 years), at least this information will help inform future sterilization procedures, since we know what kind of bugs like to stick around. With any luck, this time things will end better than they did on those transatlantic voyages.