Cuccinelli warms to his task of climate change denial 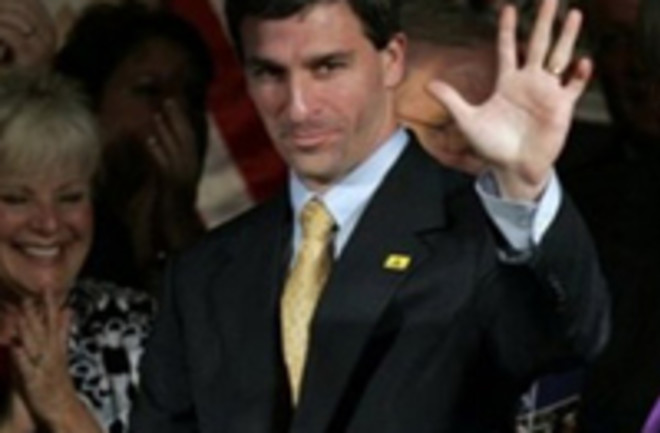 Back at my alma mater, the University of Virginia, state Attorney General Ken Cuccinelli continues to tilt against his windmill of climate change: he still wants to investigate climate scientist Michael Mann for possible fraud. As I've pointed out before, Cuccinelli is attacking Michael Mann despite Mann repeatedly being cleared of all wrongdoing. Cuccinelli subpoenaed UVa for records involving Mann, but the University filed an appeal saying (correctly) this would chill academic freedom. The Daily Progress has an update: Cuccinelli won't quit:

Attorney General Ken Cuccinelli argued Tuesday that the University of Virginia must comply with his demand for a trove of documents related to the research of former UVa climate change scientist Michael Mann, saying that Mann’s academic freedom does not shield him from Cuccinelli’s probe into possible fraud.

Apparently it doesn't shield him from frivolous lawsuits, either. Mann has been investigated quite thoroughly by several panels, and has been cleared of wrongdoing. In my opinion, Cuccinelli is on a fishing expedition, hoping to find anything to throw against Mann. Cuccinelli has made it clear he's a climate change denier. The Progress calls him a skeptic, but a real skeptic looks at the evidence fairly and objectively. I don't see much evidence of that; which is why I think the term denier fits better. I have little problem with climate change skeptics -- someone who fairly and scientifically looks at the data to come to a reasonable conclusion. Technically, I'm a skeptic as well, since I have looked into the issue as best I can. The difference is, the evidence I have seen all points to the Earth warming up. I have to rely on the experts, of course, since this isn't my chosen field, but as a scientist myself I can look at the data and understand the processes involved in analyzing it. So when I say I think climate change/global warming is real, it's not based on faith or politics or anything like that. It's based on evidence. I hope the judge in this case upholds the UVa appeal, and denies (haha) Cuccinelli's request. His ongoing attempts to look into Mann's work does chill academic freedom, but it's also bad money long, long after good.