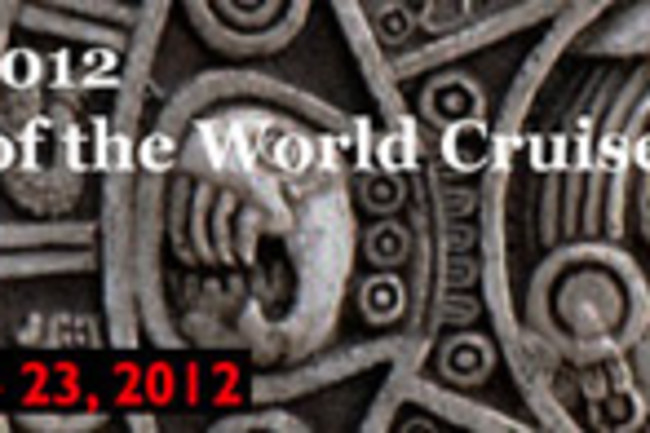 Looking for something fun to do in late December when the world doesn't end? Then you might consider going on a Not The End of the World Cruise. This is a brilliant idea: a bunch of astronomers and other scientists are doing a cruise package to take place over the silly "Mayan end of the world" date of December 22, 2012. And where are they sailing? Why, the Caribbean, of course, including Cozumel, an island off the Yucatan Peninsula. The guest list is a good one: authors David Brin and Robert J Sawyer; Star Trek writer Andre Bormanis; astronaut Steve Hawley (he literally placed Hubble into orbit); my friends the astronomers Michelle Thaller, Kevin Grazier, Doug Duncan, Timothy and Stephanie Slater; and more. Also attending will be Fraser Cain and Pamela Gay from Astronomy Cast! In fact, when you book the trip, tell them "Astronomy Cast sent me" and Fraser will give you a special gift on the cruise. And no, I have no idea what it is. Probably a goat or something. Anyway, I really wish I could do this, but I'm otherwise occupied at that time (no, not hiding in a bunker). But don't let that stop you: go book your cabin!