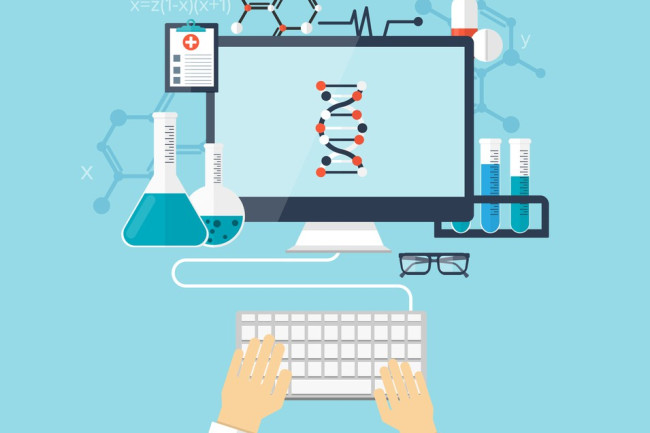 Biology + Engineering = Synthetic Biology (Image Credit: Shutterstock / Tarchyishnik Andrei ) At first glance, the terms ‘synthetic’ and ‘biology’ seem like parts that wouldn’t quite fit with each other. Ironically though, not only do they fit together, but creating and putting parts together is what synthetic biology is all about. Except in this case, the parts aren’t made out of steel or plastic that are manufactured in a factory. The parts are made out of DNA, RNA and proteins. Building blocks that make up living things. Synthetic biology, as defined by the Synthetic Biology Engineering Research Center (Synberc) consortium “is the design and construction of new biological entities such as enzymes, genetic circuits, and cells or the redesign of existing biological systems.” Synthetic biology, which is equal parts biology and engineering, is emerging as one of the hottest fields in basic and applied research around the world. The applications of synthetic biology are far and wide, ranging from engineering bacteria that can clean up waste to creating more effective vaccines and delivering drugs with precision. One of the major reasons why engineering mechanical or electrical systems is easy is that all systems can be broken down to well defined individual parts that can be obtained separately. The fact that I could right now go online and order a circuit board, transistors, capacitors and every other part that I need to make a tiny computer of my own right now is what makes engineering both accessible and far reaching in its applications. Building a biological system though is not as straightforward as building a small electronic device. Biological systems are poorly defined, chaotic and complex. We need to unravel what evolution has managed to make over millions of years of genetic engineering. And we are well on our way to doing that. From the discovery of DNA to building technologies with which we can now harness the functions of specific genetic circuits for alternate uses, we have come impressively far in a period spanning approximately six decades. One event that has pushed synthetic biology further by leaps and bounds is the International Genetically Engineered Machine (iGEM) Competition founded in 2003 at the Massachusetts Institute of Technology. Now run by the iGEM foundation, the competition helped create a world wide open community of students and researchers who took on challenges in synthetic biology. Taking the idea of open science in iGEM one step further is the initiative SynBio4all which allows citizen scientists to participate in these iGEM and DIY synthetic biology projects. The project is supported by the Center for Research and Interdisciplinarity (CRI) in Paris, and is a part of the European Citizen Cyberlab initiative. SynBio4all is an online platform that has something for everyone. iGEM and DIYbio project participants can use it as a platform to learn, interact and troubleshoot experiments collaboratively. For researchers, the SynBio4all serves as a way to open up projects to the public and collaborate with participants effectively. Importantly, the platform is made so that citizen scientists who are interested can be a part of the synthetic biology revolution. On SynBio4all, they can learn about projects, join teams who are working on challenges and contribute to research. The website is built around ‘ideas’ - a term that is open enough that people can easily put forth an interesting concept or project on their mind for discussion. Ideas don’t have to be projects that are already developed or started, it can even be a simple thought or question that a citizen scientist wants to talk about with the community. SynBio4all’s idea repository currently has many more than 40 ideas, several of which have come out of the Paris Bettencourt iGEM team project focusing on understanding body odor. One project for example termed ‘Gym Class Heroes’ aims to understand what underlies body odor by sequencing the genomes of bacteria found in armpit sweat. Another looks at eliminating foot odor by studying the bacteria that grow due to perspiration on the feet. One project that I found particularly interesting was the “Quest for the BioLamp”, the goal of which was to create a synthetic bioluminescent system using plants and enzymes known as luciferaces. Luciferaces are enzymes that can catalyze biological reactions to produce light (think fireflies!). The long view of this idea would be to ask the question ‘can we replace electric lightbulbs with naturally glowing plants?’ Think of the possibilities! This is the essence of SynBio4all. Bringing together scientists and citizen scientists from all walks of life to ask questions, collaborate and solve challenges in synthetic biology. Visit the project site on to sign up and participate. What are you waiting for? *** SynBio4all is one of more than 800 projects on SciStarter, an online hotspot for citizen science participants and project owners. Find projects that suit your interests using our Project Finder or add your project to our database to recruit participants!