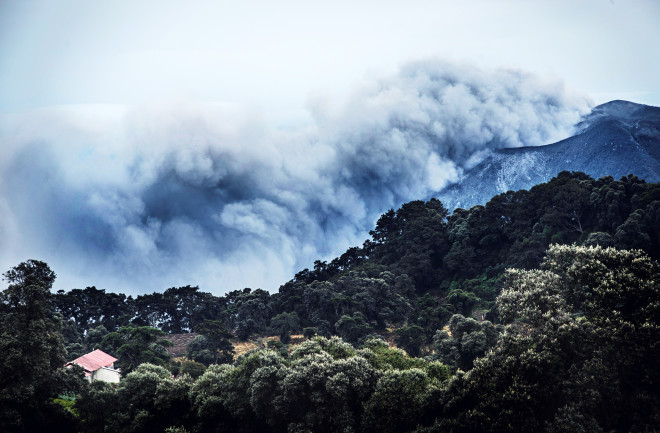 Turrialba volcano in Cartago, Costa Rica, on September 20, 2016Ezequiel Becerra/AFP/Getty Images Over the past few days, Turrialba in Costa Rica has had over 20 significant, ash-rich explosions that have ended up closing airports across the country. Turrialba has been restless for a few years now and occasionally the low-level ash emissions are punctuated by bigger blasts. But the activity this week has been some of the most vigorous the volcano has seen since it woke up in 2010. The ash plume on September 19-20 from the volcano reached 4 kilometers (~13,000 feet) upwards. The eruption on September 22 may have only produced a 2 kilometer (6,500 foot) plume, but ash emissions were constant for over 4 hours. OVSICORI (the volcano monitoring agency of Costa Rica) thinks these explosions will continue in the coming days to weeks. OVSICORI posted a series of video of the recent eruptions, some of which show the energetic ash eruptions and some lava fountains and incandescent blocks from the active crater. The daylight videos show just how quickly the ash can swirl and spread in the winds. If you want to watch the eruption, OVSICORI has two webcams pointed at Turrialba, one close to the crater and one showing elevation marks for estimating the height of the ash plume.

The airport in San Jose was closed for the better part of a day due to the ash from Turrialba, which is only 35 kilometers (~22 miles) away. Not only was the ash in the air a hazard, but also ash on the ground had to be removed from runways so that aircraft wouldn't inject the volcanic glass fragments as they taxied. Now, cleaning up ash might seem simple---maybe like cleaning snow---but remember that is probably also three times as dense as ice/snow, so a little ash accumulation adds up fast. Noticeable ash has fallen in a radius of 50 kilometers (~31 miles) from Turrialba.