When you hear the word “nature,” you’re likely to think of your last camping trip to a state park, or of grandiose landscapes with forests, lakes, and snow-capped mountains. You may remember the last trip to the beach and the variety of birds you saw while sunbathing. There are likely many images that pop into your head when you hear the word but the image of a city is likely not one of them. The City Nature Challenge hopes to change that.What is the City Nature Challenge and how did it start? During the first Citizen Science Day in 2016, Lila Higgins, Community Science Senior Manager at the Natural History Museum of Los Angeles, and Alison Young, Citizen Science Manager at the California Academy of Sciences in San Francisco, brainstormed ways to engage their communities as part of the celebration. They decided to use the event as an opportunity to build on the rivalry between the two cities. 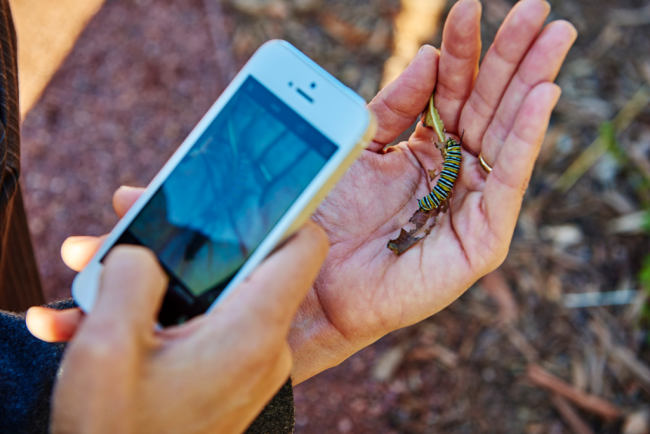 City Nature Challenge participants will use iNaturalist to record their observations. Photo: Courtesy of the Natural History Museum of Los Angeles County As someone born and raised in Georgia, I was unaware that such a rivalry exists. But, as Higgins said, “people in each city compare how much rent is, who’s the better baseball team- the Dodgers or the Giants- and who has the better food scene.” Higgins also ensured me that while LA has the best food, there still seemed to be some uncertainty when it came to which of the two cities has the greater species biodiversity. It was this realization that led to the first-ever City Nature Challenge, in which volunteers from both cities spent eight days documenting nature. The popular citizen science tool for collecting biodiversity information, iNaturalist, would be used to keep track of each cities score. A Growing Movement The event was a huge success, with over 20,000 observations recorded. This made other cities take notice. Richard Smart, Community Science Manager at the Natural History Museum of LA, hails from Texas – another state that enjoys a good competition. A friend of his from Houston, already an avid user of iNaturalist, reached out to see how they could get involved. The word had gotten out. That year, 16 US cities took part and more than 4,000 people submitted over 125,000 observations. They even got the mayor of LA on board. 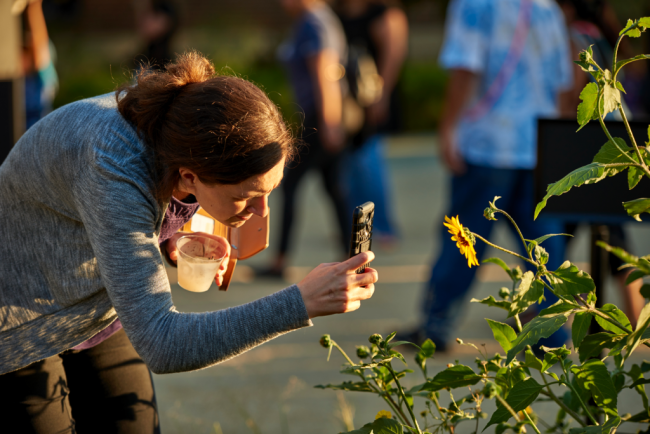 Using iNaturalist. Photo: Courtesy of the Natural History Museum of Los Angeles County This year will bring the third Citizen Science Day and City Nature Challenge, and it seems the movement is growing. Sixty-nine cities from all around the world have signed on to participate, including Tokyo, London, Rome, Buenos Aires, Rio de Janeiro, and Hong Kong. As Lila notes, the success of the challenge has a lot to do with the ease of participation. “You can go outside on your lunch break, you can do it on your way to work, you can do it when you get off the bus, you can do it taking the kids to school,” said Higgins. If you are not motivated by a competition, there is also the collaborative aspect of the challenge that allows you to meet up with individuals in your community with similar interests. Higgins predicts that they will reach 500,000 observations this year, engaging 10,000 participants. Considering her track record with previous years’ estimates, Smart said, "we can expect to see this level of participation and perhaps even more." A New Way to Engage Communities The Natural History Museum of LA continues to seek out new ways to engage the community through collaborative citizen science activities that build on the City Nature Challenge. They started “Citizen Science and Suds” in 2013 to bring together community members at the museum with interest in participating in citizen science activities. “Having a communal atmosphere with food and drinks is a great way to build community,” Higgins said. The group has even decided to officially change their program name from “Citizen Science” to “Community Science” to be more inclusive. 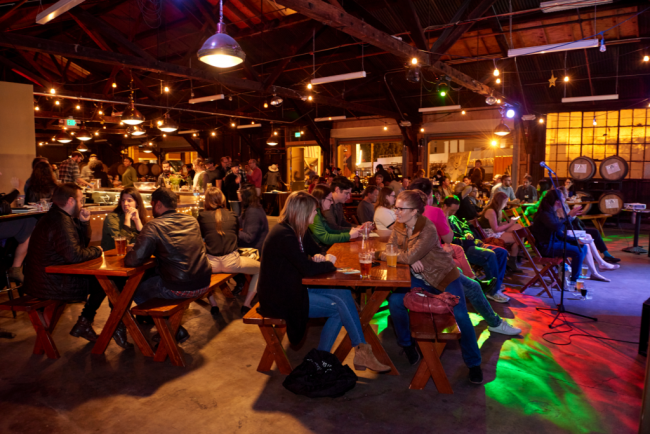 Participants at the ID Party will use smartphones, tablets, and laptops to make identifications in a social setting. Photo: Courtesy of the Natural History Museum of Los Angeles County The museum now has a corporate sponsor for this event, Angel City Brewery, a development that Smart said “allowed the museum to take the event to the next level and engage a new audience, to take it off site and go to a great location in downtown LA.” All parties wanted to make the off-site event collaborative and interactive so they started by crowdsourcing a beer: first the ingredients and then the name. The final result: a citizen science saison. The partnership has brought in a younger audience and individuals that are not currently members of the museum. For many, this was one of their first museum activities. The City Nature Challenge, which now consists of two parts — recording observations and then identifying species made from those observations — makes for another great opportunity to extend the museum’s work to the brewery. On May 2, there will be an ID party at the brewery to allow community members to identify the species observed in the weeks prior. Lightning talks will be given by museum staff to help participants learn how to identify the most common species found in the city. So, even if you are interested in the competitive or collaborative aspects of this work, you will surely not be disappointed. And, of course, you just might think of a city the next time you hear the word “nature.”

Want more citizen science? Check out SciStarter's Project Finder! With 2500+ citizen science projects spanning every field of research and age group, there's something for everyone!