Celebrating 40 Years of the Rubik's Cube

An interactive exhibit all about the famous mathematical puzzle will open April 26 in New Jersey. 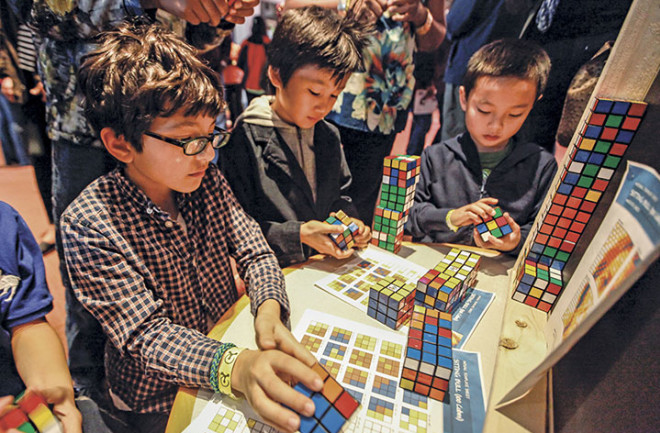 The iconic puzzle game is the star of a new exhibit. | Nicole Craine/Liberty Science Center

It’s been 40 years, believe it or not, since the first twist and turn of that multicolored, maddening cube. More than just the world’s best-selling puzzle, Rubik’s Cube has helped teach mathematics and problem solving, and has inspired projects by everyone from statisticians to artists (two groups rarely mentioned in the same sentence).

The highly interactive "Beyond Rubik's Cube" exhibit, which opens April 26 at the Liberty Science Center in Jersey City, N.J., celebrates every side, ahem, of the cube in a multimedia love letter to the enduring puzzle.

[This article originally appeared in print as "Thinking Inside the Box."]