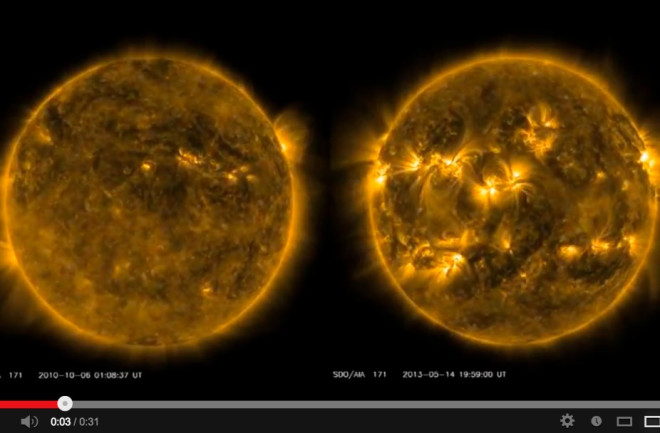 Graph: Space Weather Prediction Center As the graph shows, we're getting close to the time predicted for the peak in solar activity. It should come by the end of this year, or early next.