Brown Dwarfs are Hybrids of Large Planets and Small Stars 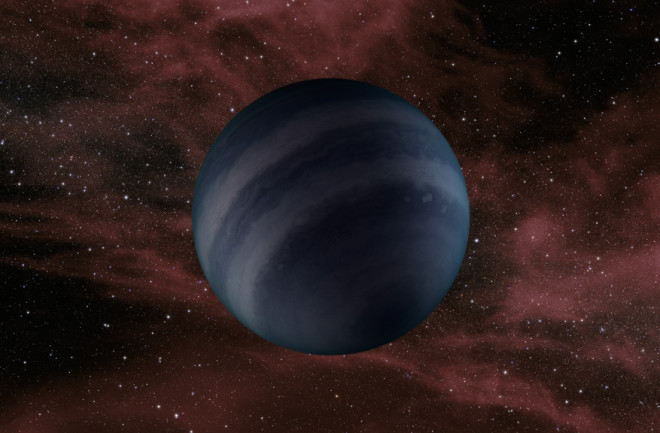 The weird objects known as brown dwarfs, shown in an illustration here, seem to lie halfway between large planets and small stars. Image credit: NASA/JPL-Caltech When is a star also a planet? Apparently, when it’s a brown dwarf. For years, astronomers have known about a class of tiny stars they called brown dwarfs (named this because they’re unusually small and dim compared to most stars). But new research confirms that the stars are planet-sized---and also planet-like. Brown dwarfs, as you may have gathered, are weird objects. They share characteristics with gas giant planets as well as tiny stars, and even though astronomers have found dozens in the past two years, they still don’t know a lot about these things. (Fun fact: Despite the color in their name, brown dwarfs actually appear magenta to your eye.)

The reason brown dwarfsremain so mysterious is that theygive off such little light, it'shard to determine how far away they are with any kind of accuracy. And without knowing their distance, a host of other individual characteristics also become difficult to figure out: Are these things cool, dim and close? Or are they warm, bright and far? Results appearing today in Science Express based on extensive observations with the Spitzer Space Telescope suggest it’s the former, with most of the brown dwarfs lying just 20 to 50 light-years away. From this, the researchers can finally nail down some of the objects’ stats, which solidly place the pesky planetoids somewhere between a star and a planet.They estimate that the coldest brown dwarfs have temperatures slightly warmer than previous estimates,around 400 to 450 Kelvin (260° to 350° Fahrenheit). That might seem hot, but keep in mind this is a star cooler than Venus (surface temperature of 735 K (864° F)), and practically freezing next to the sun (atmospheric temperature of 5778 K (9,900° F)). The researchers also determined these brown dwarfs weigh about 5 to 20 times as much as Jupiter — just 0.4 to 1.9 percent the mass of the sun.

They also discovered that, unlike normal stars, a brown dwarf’s temperature doesn’t correspond verystrongly to its light. With these guys, what you see isn't what you get. This likely implies that other factors — things like surface gravity, clouds and material makeup — also influence the amount and quality of light brown dwarfs emit. It’s exciting news, and not just for fans of weird objects in space. The more we learn about these bizarre planet-star hybrids, the better we’ll understand both planets and stars. And considering we live on one and depend on the other, it’s no wonder astronomers are so interested in pinning down those genre-busting brown dwarfs.