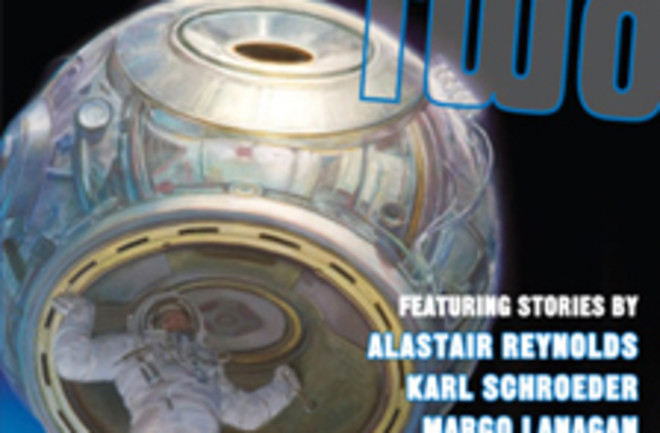 Recently published by Nightshade Books and edited by Jonathan Strahan is Eclipse Two, an anthology of original science fiction and fantasy stories. While I puzzled over the selection of some stories (in particular, Margo Lanagan's Night of the Firstlings seemed to be neither science fiction nor fantasy, but just a retelling, albeit a well-crafted one, of a bible story), what I did like more than made up for any possible misfires. Stand outs for me included Alstair Reynolds' Fury -- Reynolds is best known for his novels and stories set in the Revelation Space universe, but Fury is not set in that complex milieu. Instead it's a clever stand alone tale about a robot bodyguard who discovers he must confront some home truths. I also liked Stephen Baxter's SETI story, Turing's Apples, Karl Schroeder's voyage through an incredibly imaginative zero-gravity habitat in The Hero, and Daryl Gregory's The Illustrated Biography of Lord Grimm, which makes a strong point about collateral damage without being preachy or predictable.